Please forgive my prolonged absence but I have been travelling again - more on that  in a bit, but first I thought I would share this trip north to the Cumbrian town of Whitehaven with you today ... 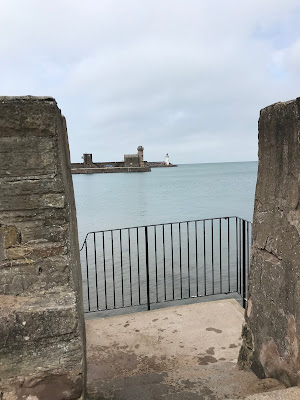 It is a northern seaside town with a long history of mining & fishing & this is celebrated in many sculptures & places in town. Today it has a pretty harbour with several lovely boats that frequent it. 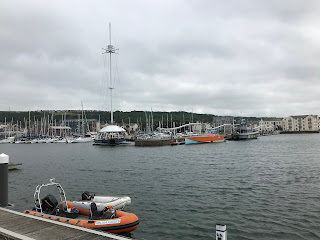 A reminder of the mining history of the town, as well as several mining disasters - a very interesting history. 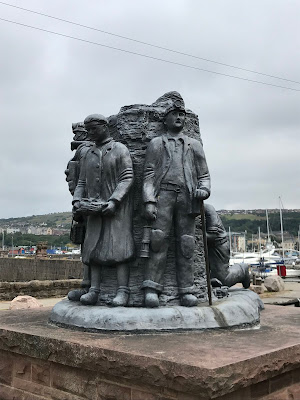 The Whitehaven Battery - the only unfriendly American invasion of Britain ... 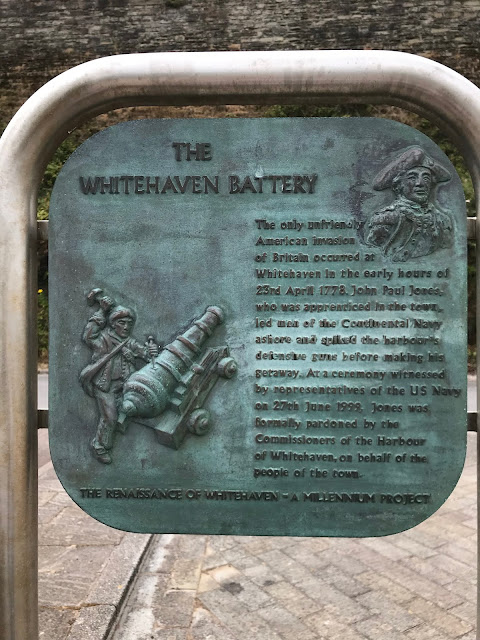 In a  little  corner of a country churchyard of St. Nicolas in Whitehaven in  northwestern  England, I came across this church with its interesting plaque: 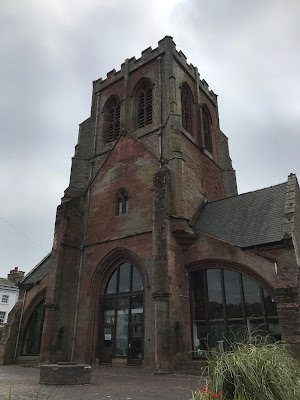 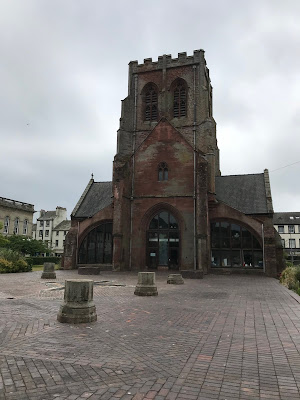 This caught my eye, or rather the flags piqued my interest ... 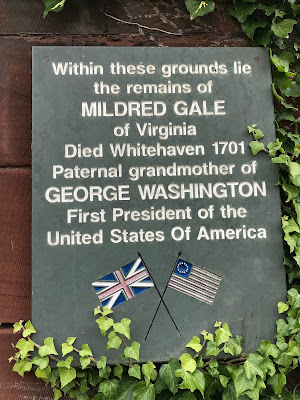 The remains of the church walls ... 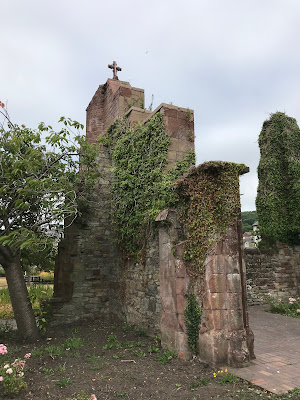 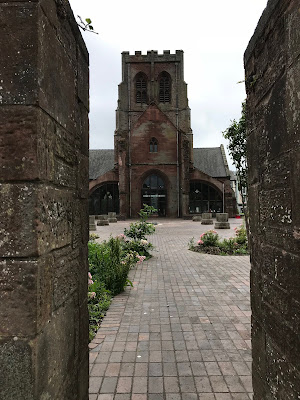 The remaining walls speak of a long history & serve as a reminder that this spans a long time. 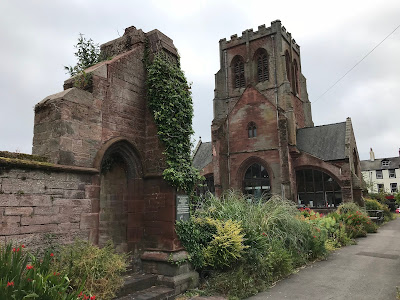 This is the explanation

Somewhere in this small churchyard in England’s Lake District rest the remains of a grandmother. She died before the birth of her most famous grandchild, but had she lived to see him grow up she would have been very proud. What more could a grandmother want? He became the Father of a brand new country.

In the historic harbor town of Whitehaven there are many links to England’s colonial past. With hundreds of ships sailing across the Atlantic in the 17th, 18th and 19th centuries, Whitehaven was a haven for people interested in trade, exploration or maybe a whole new life. In 1700 a ship made the return journey from the colonies, and on board was the newly married Mildred Gale, wife of George Gale, a prominent Whitehaven businessman. Mildred was born in Virginia in 1671 to a well-to-do family who were active in local and colonial governance. Gale wasn’t her first husband – that was a man named Lawrence Washington, who Mildred married in 1685, their union producing three children: John, Augustine (who would later father George), and little Mildred.
Lawrence Washington died in 1698, bequeathing a substantial sum from his estates to Mildred. She then married Gale, and in 1700, with her brood in tow, followed him to Whitehaven. Sadly, Mildred’s new life in the Old Country was over almost as soon as it began. After becoming pregnant she contracted a fever, and died in early 1701. Her will left custody of her Washington children and almost all of her wealth to her new husband. Soon legal challenges came from relatives over in Virginia, and the kids were all sent back.
Mildred Gale was only 31 when she died, many many years before her famous grandson George was born. She’s buried somewhere in the churchyard at St Nicholas’ Church, but no one knows exactly where. There is a plaque though, emblazoned with the Union Jack and the Stars & Stripes, to mark unity of the two countries, and Grandma Mildred’s resting place.

I hope you have enjoyed this unusual history in an unassuming church yard in a Whitehaven; you never know when history is going to find you.

Please pop back soon as I am going to share my Scandinavian & Baltic trip with you.
Thank you for stopping by,
Dee ~💕~