Some years back, youngest daughter,  StacySparkle decided to buy an orchid for her bedroom. She was taken in by its beauty & having not really been a plant type of person before, I did not expect it to thrive.

After a while, the plant did not look too happy so it appeared in my bedroom & I put it on the west facing windowsill where it has thrived for the last 3 years.

It has just muddled along with no special care & I have not really done much to it, I did not cut off the flowering stem & it did not die back so I just let it be.

I recently looked at it again & was surprised to see that where it had flowered it was forming new leaves & roots.  A quick read showed that a new plant had formed so it was time to take some action. 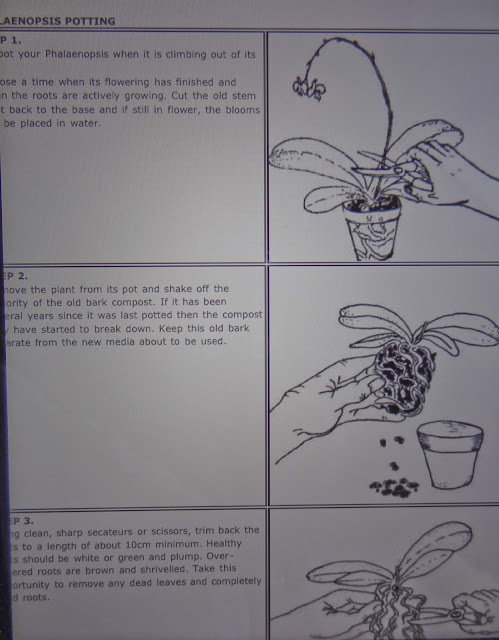 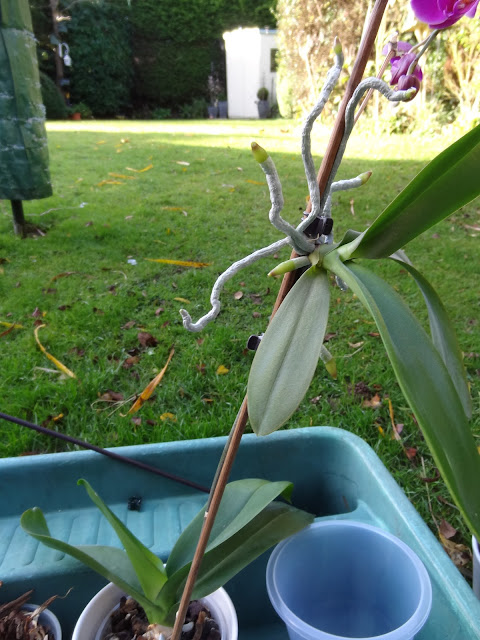 However, one thing I found out about orchids is that they need special care; special compost; see through pots to keep an eye on the roots so it was off to the garden centre. 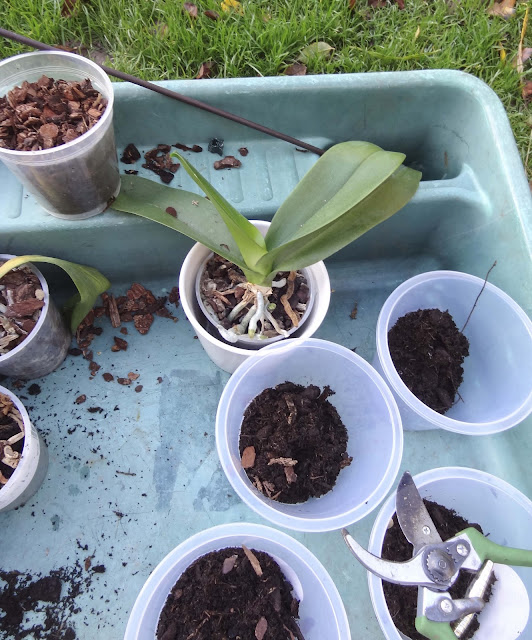 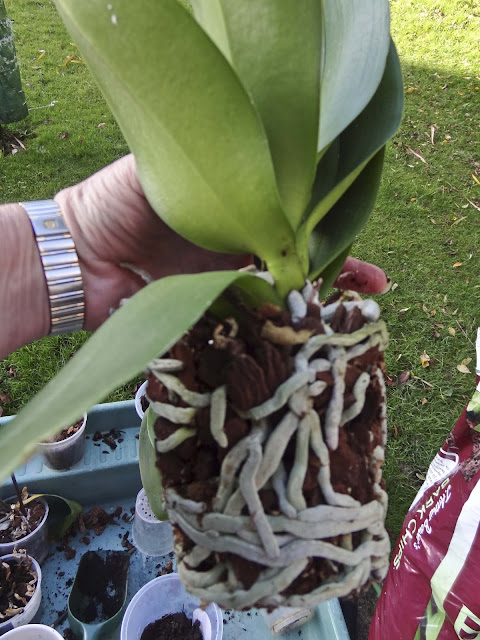 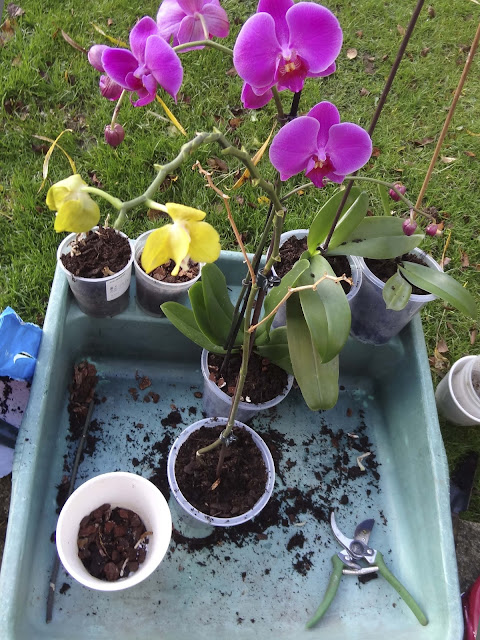 While I was potting it all up, I thought it just as well to repot the new purple one because its roots were too large for the pot & my friend dropped hers off too for repotting. 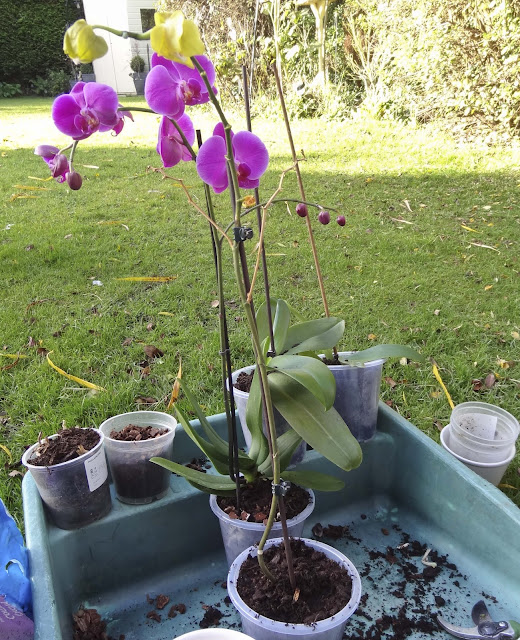 Her yellow one looks well but ... her other one was shrivelled (they do need water from time to time ...) and I doubt it will recover.

But - all done for now - watered with rain water from the water butt (I know, I am trying my best) and then *fingers crossed* they will survive their repotting. 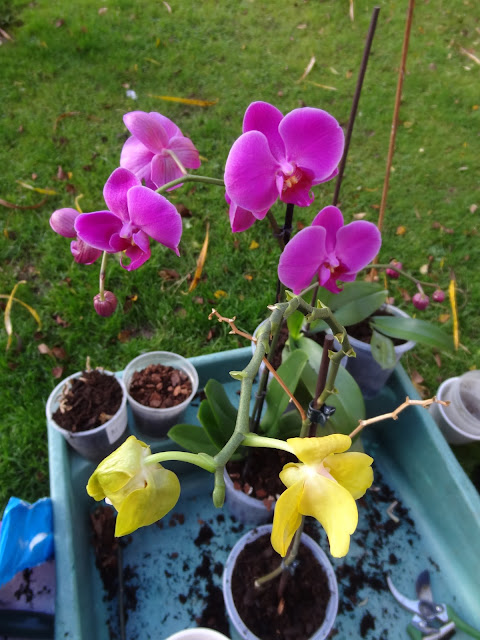 Do you grow orchids & what tips do you have for me?

Thanks for stopping by, your comments are always appreciated.
Dee ~♥~
Posted by Dee at The Carlton at 18:53

Email ThisBlogThis!Share to TwitterShare to FacebookShare to Pinterest
Labels: Orchids