I love reading facebook blog updates while having my morning coffee & learnt today about saucer & blowed which I found on Junk & Roses on facebook.

Memories suddenly came flooding back of my maternal grandfather doing it.  I did not know it was even a 'proper tradition' - I always just thought it was another of Grandpa's teutonic ways.

When asked about it,  he would only reply 'this is how we always did it at home' and that was that! At the awkward teenage age,  I always dreaded that he would do it in company & thankfully he did not.

I was astounded that it even had a name & the explanation given makes perfect sense now that I know it ...

"It was many years later, while reading a novel by the late Robert Heinlien that I came across the term “Saucered and Blowed”. He explained that it was a custom inherited from the Danish, the Scots, the Germans, et.al. He said it grew from the early use of a shallow bowl or ‘saucer’ to drink tea’. Our pioneer ancesters cooked with wood or coal as fuel. They boiled the coffee and served it boiling hot. One source that I read said, “My Granny served coffee so hot that the only reason that it didn’t catch fire was because it was wet.” Pouring the coffee into the saucer created a larger surface area and permitted the coffee to cool to drinking temperature quickly.

In many trades the term “Saucered and Blown” has come to mean the completion of a job or the thorough study of a problem, as in, “That new manufacturing process has been ‘saucered and blown.’” I guess this post is "Saucered and Blowed."

Thanks Junk & Roses for that explanation.


My Grandpa was born in 1911 to pioneer stock in South Africa - a German father & a Dutch mother. Times were austere after the devastation of the Boer War & his parental combination made him a determined & strong person, not given to sentiments easily. 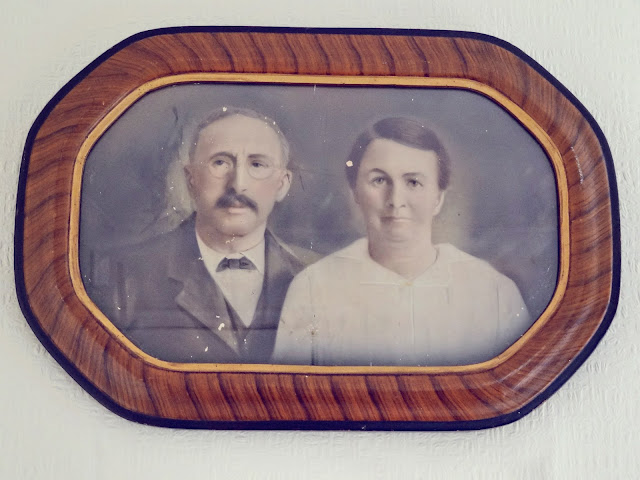 We visited his Mother's sister, our Dutch great aunt in a large rambling farmhouse when I was a child & she still had oil lamps, a coal stove, elaborate lace curtains, brass beds with colourful covers & a large verander that hugged the house. She brewed coffee in an enamel coffee pot on her large coal range stove, then served traditional melk tert / milk tart  while they exchanged news & enjoyed their boiling coffee on the stoep / verander ....

My love of shabby chic started way back then as the house was 'comfortably worn' ... 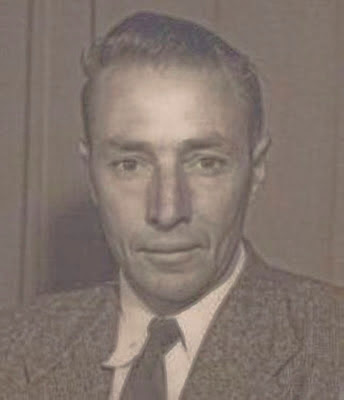 So this is obviously something that they did at home & I suppose as he got older he clung to certain traditions because they reminded him of his heritage & he always had his tea or coffee really hot with a little milk then if comfortable, he would pour it into the saucer, gently blow it & then sip it with enjoyment.  I remember as a child sharing the coffee from the saucer but never the reason!

My late Mom also had her tea really hot with little milk but often blowing across the cup to cool it enough to drink ...

What strange traditions / ways do your family have? Had you heard of this one before?

Thanks for stopping by, your comments are always welcome!