The Ganges at Varanasi …

I hope you have not tired of my Indian adventure …

No trip to India would be complete without a visit to the Ganges & the life around it.  We decided to stay in a small family run hotel in Varanasi right on the Ganges, rather than a chain hotel further up that needed transfers to get to the river. If you visit the Ganges, you want to be right there to experience the atmosphere & walk it at various times of the day.

We flew to Varanasi, were met & driven the hour to the Ganges then waited while our Hotel despatched their boat & boatman for the transfer.  Ms M & I had decided to travel light for our 3 week trip because we knew we would be on the move a lot & were not inclined to be burdened by heavy luggage. 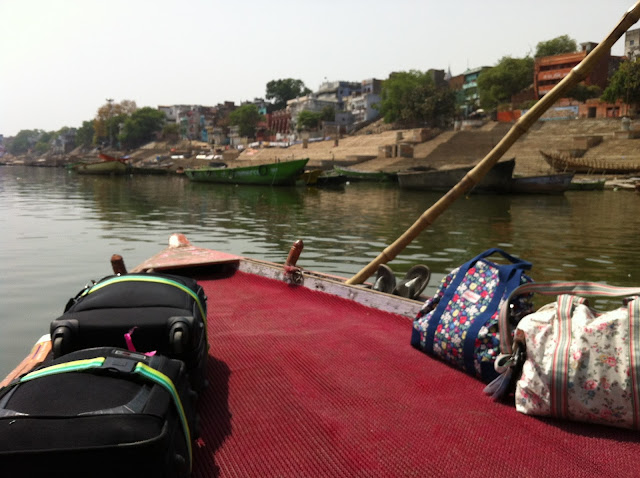 Our luggage consisted of only a small, cabin sized bag & a shoulder Cath Kidson bag with additionals as well as a handbag.  We had matching luggage straps so we could find our bags easily. My other bag is the lighter floral one, Ms M's the dark blue one …. 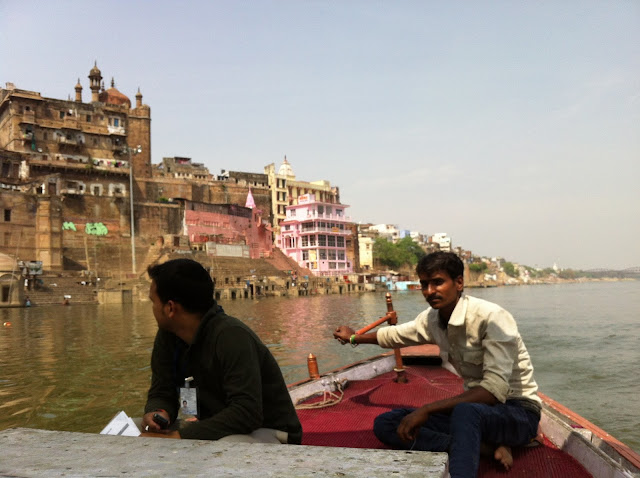 Arriving at our Hotel - The Jukaso Ganges Heritage Hotel on the Ganges … perfectly situated. Ms M & I shared the room at the top under the tower with beautiful views over the ganges & a wide open courtyard by the 3 arches to sit & write our journal & sip iced fresh lemon & lime drinks brought down from the little restaurant above our room - how perfect is that? 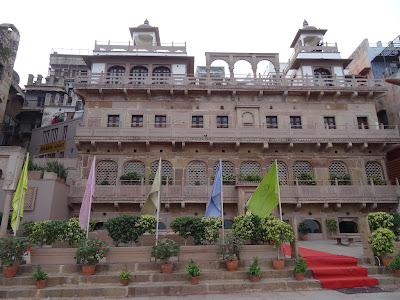 An evening boat trip to see a spectacular evening ceremony on the ghat led by several religious leaders and a religious highlight for pilgrims who regard Varanasi as a very sacred place.

This is the religious significance of Varanasi
It is the holiest of the seven sacred cities (Sapta Puri) in Hinduism and Jainism, and played an important role in the development of Buddhism. Some Hindus believe that death at Varanasi brings salvation.[4] It is one of the oldest continuously inhabited cities in the world. Varanasi is also known as the favourite city of the Hindu deity Lord Shiva . It has been mentioned in the Rigveda that this city in older times was known as Kashi . 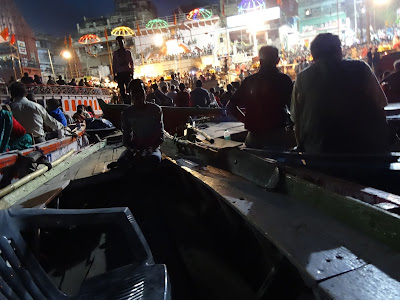 Evening on the Ganges with boats lined up to watch the ceremony on the shore. 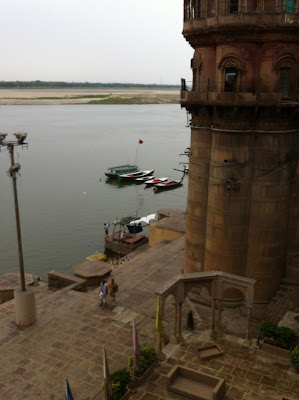 Boats tied up on the steps outside the hotel 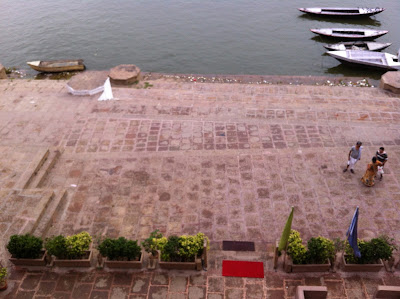 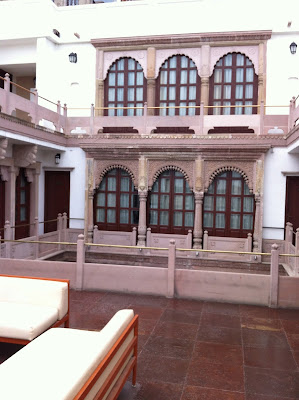 The lovely arches which frame the Ganges from the patio 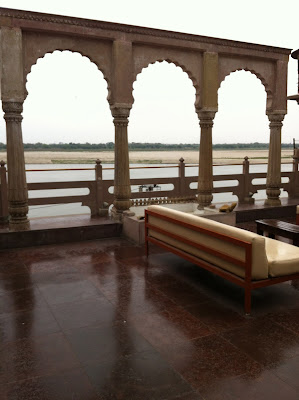 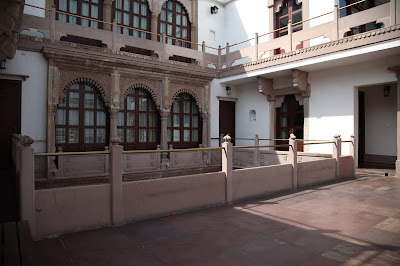 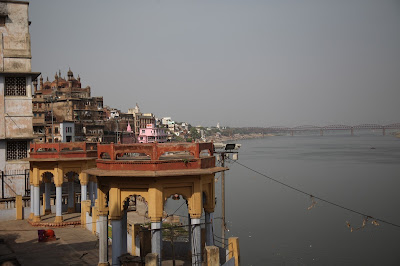 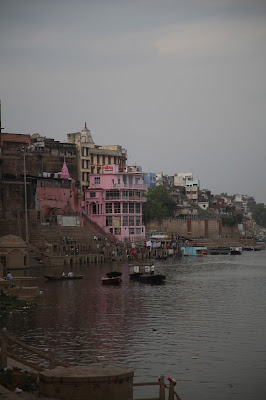 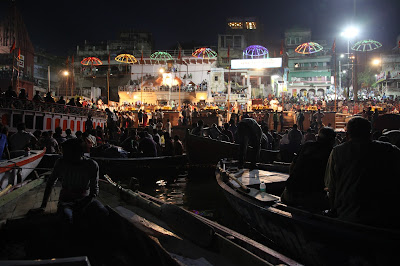 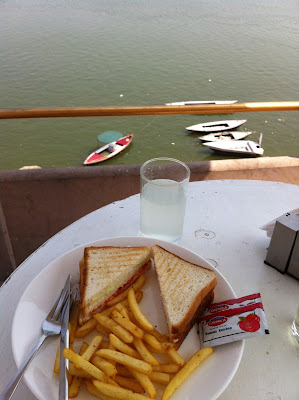 The temperatures were high even for March .. 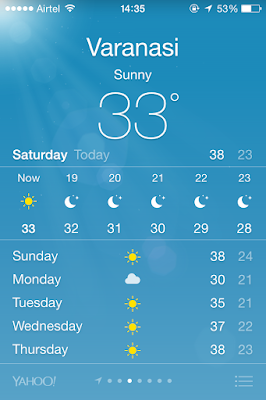 Stunning coloured garlands are made in the streets & offered to pilgrims 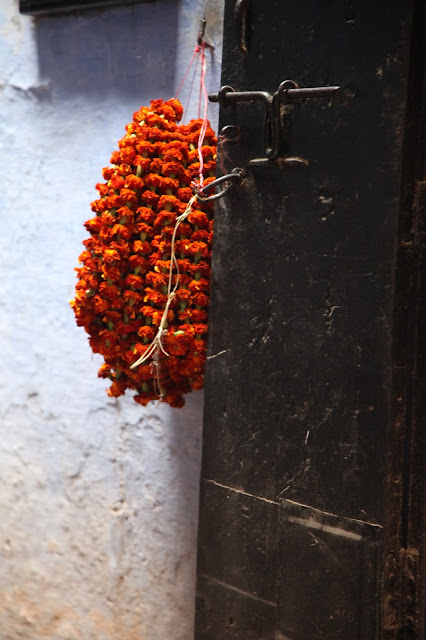 You just have to love these colours …. 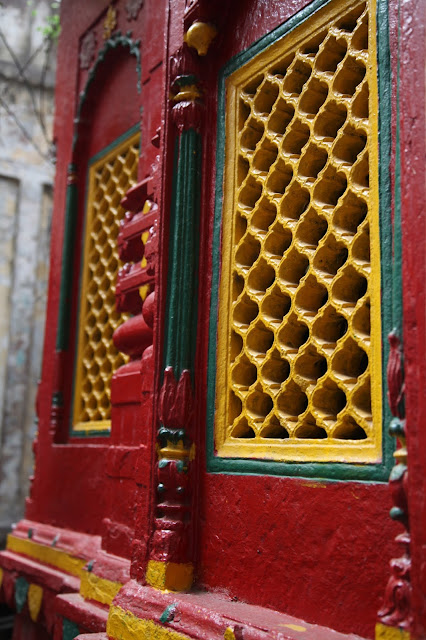 The communities living in Varanasi do not shy away from colour … 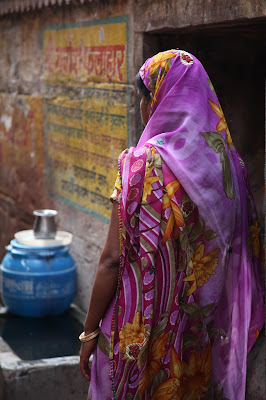 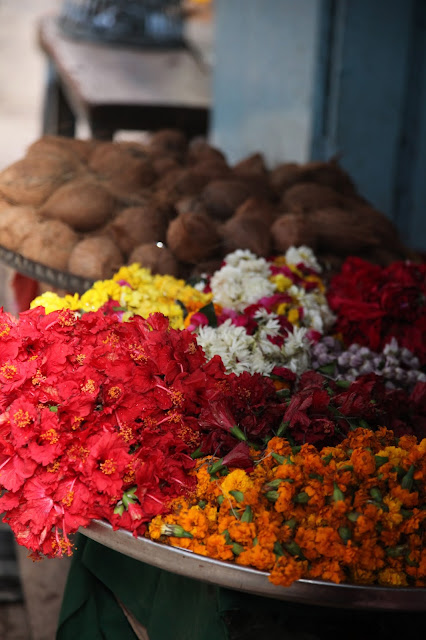 After 3 days there, we departed the way we had arrived - by boat down the Ganges to a point where our vehicle was waiting for us.  The Hotel security escorting us on our trip & graciously helping with our bags. We were impressed with the standard of customer service found all over India - people are unfailingly polite, well mannered & well spoken - an example we could follow in the West … 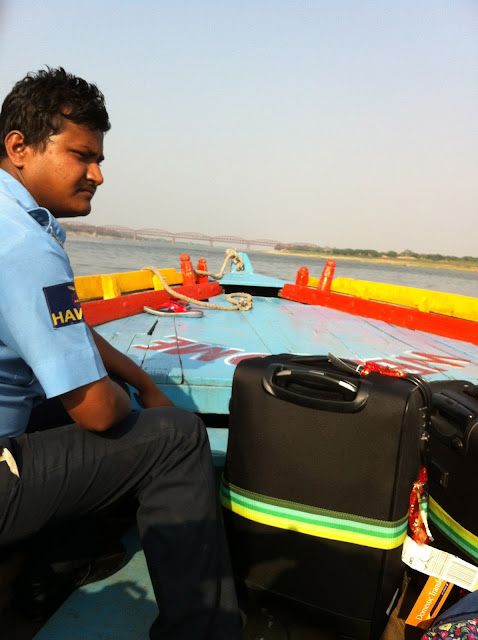 Passengers waiting at the pier for a boat … 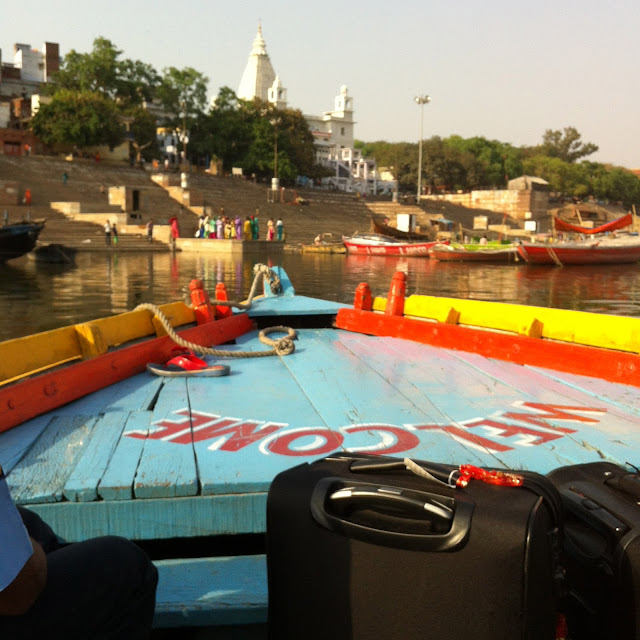 Varanasi is first & foremost a sacred religious place. Many elderly come to Varanasi when ill to die, be cremated at pyres alongside the river then have their ashes scattered in the River. It is a pilgrimage on par with those to Jerusalem, The Haj & other sacred trips & boats with pilgrims are a regular sight along the river … as a tourist, we were mindful of what it means to pilgrims to be here so we were respectful of taking photos & of people on boats passing us - for most, it was their trip of a life time ….

Even though the Jukaso Ganges Heritage Hotel was a smaller one with none of the plush facilities of the large chains, it is perfectly situated for walking & taking in life on the Ganges & we had a comfortable stay there.