I thought I would share some more of the beauty of Riga with you. The City has so much character & architecture that we took the 4 days to walk around & get to know some of the many places, aware that we had barely scratched the surface of the many sites.

This was my phone step counter for the 4 days - we did loads of walking everywhere ... 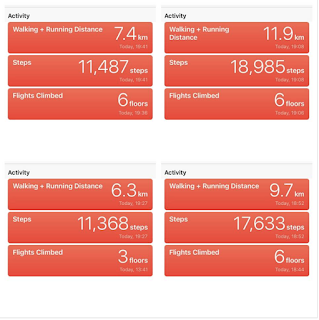 There is lovely architectural details & also many art deco features all around ... 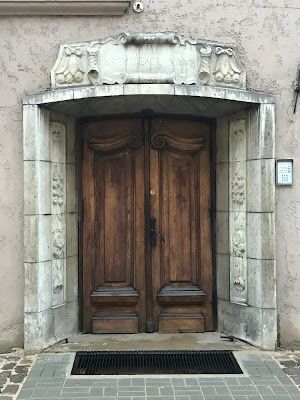 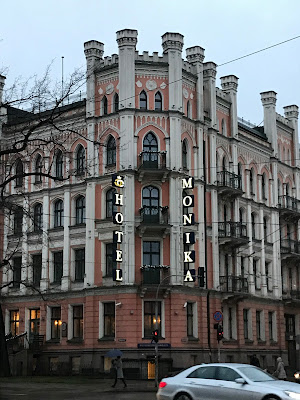 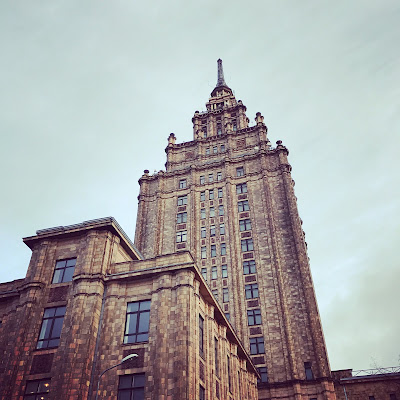 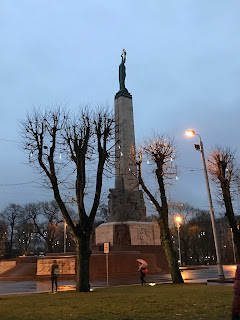 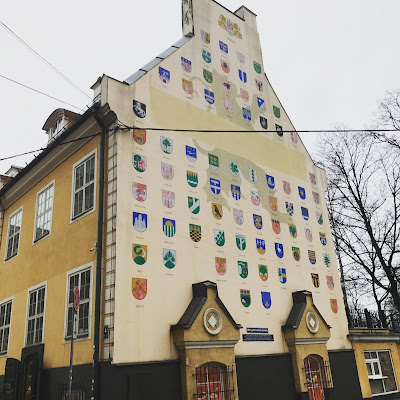 The Three Brothers Houses
The three historical houses in Old Town Riga built closely together have been called the Three Brothers for centuries – legend has it they had been built by three men of one family.

The Three Brothers are the oldest medieval dwelling houses in Riga. In the medieval times, Maza Pils Street was located in the outskirts of Riga and craftsmen lived there. Today, the buildings that are several centuries old house the Latvian Museum of Architecture and the State Inspectorate for Heritage Protection. 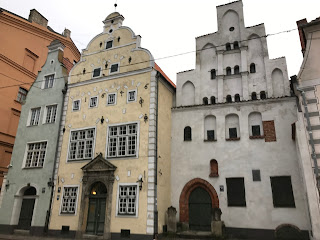 Oldest brother - Manufacturing and trade was carried out in the oldest of the Three Brothers houses. This building was built around 1490 – the time when Riga established close links with Dutch merchants and the city’s architecture showed influences of Dutch Renaissance architecture. The building is decorated with Gothic niches and a stepped pediment, while the portal made in 1746 has been moved to the middle brother during restoration. The house had one big room where the work, trade and everyday life took place, and it has retained its original appearance.

Middle brother - The middle brother is the richest one of the three, built in 1646. It is one of the most typical, but also most modern dwelling houses of the 17th century. There is an inscription "Soli deo gloria!" (“Glory to God alone!”) above the entrance, and the facade features the style of Dutch Mannerism. In contrast to the oldest building, this one had a spacious room with large windows above the ground-floor hall, and there were special residential premises in the yard side of the building.

Youngest brother - The third brother was built in the second half of the 17th century and had small apartments on each floor. The youngest building is the narrowest and the smallest one of the three brothers. It has a very interesting facade element – a mask, which, according to the owners of the building, protected its inhabitants from evil spirits. 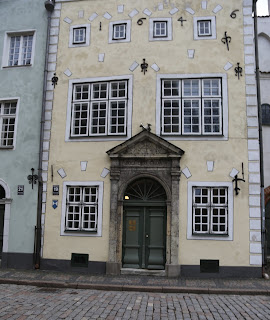 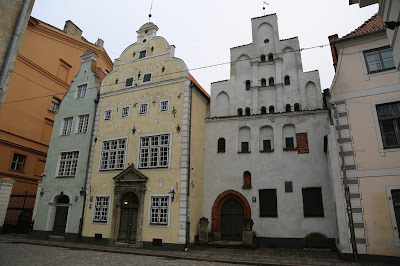 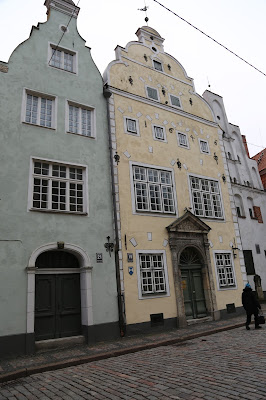 In the Square nearby,  another Christmas market with traditional Latvian songs & dances - it was lovely to see it & it was being filmed too for TV 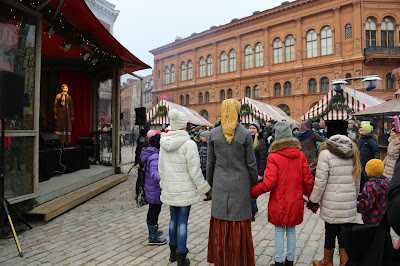 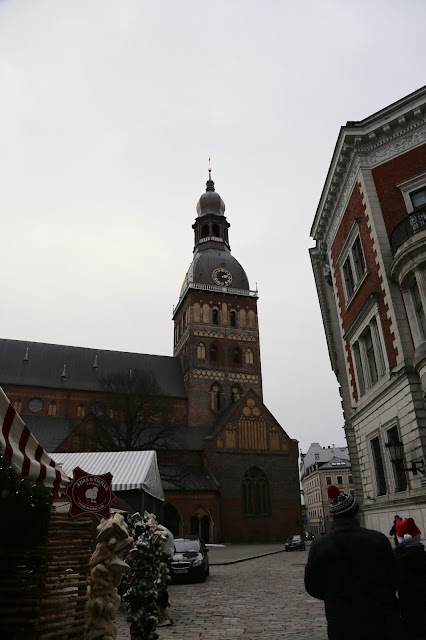 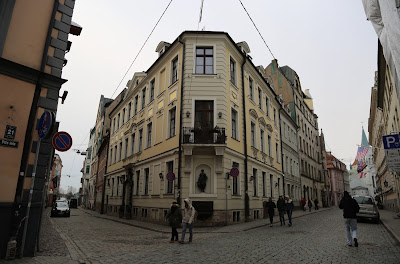 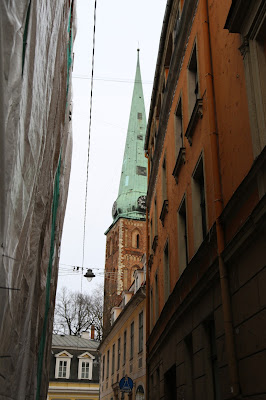 Beautiful buildings & cobbled streets everywhere & do you notice how clean it all is? 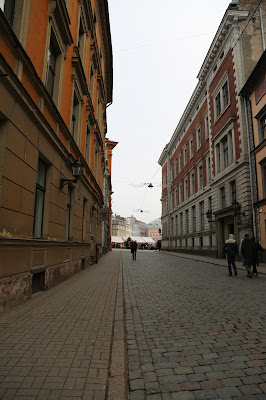 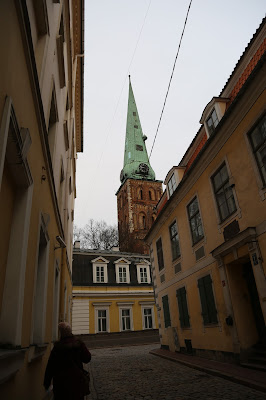 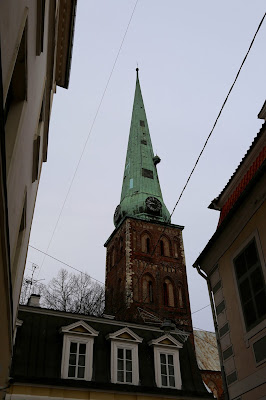 Ellie & I decided that we wanted to do  Riga our own way, so I bought a guide book in the UK & we looked up the parts we wanted, photographed it to our phone for a wet day & then we went out & just walked every which way we wanted with no fear of getting lost.

If we saw something interesting, that is where we we walked .... 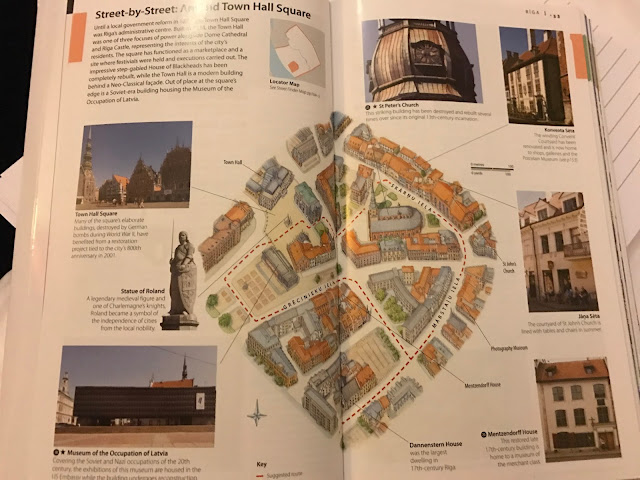 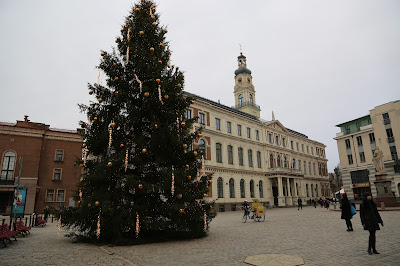 Beautiful details, including a dragon being played (perhaps by St George? ) 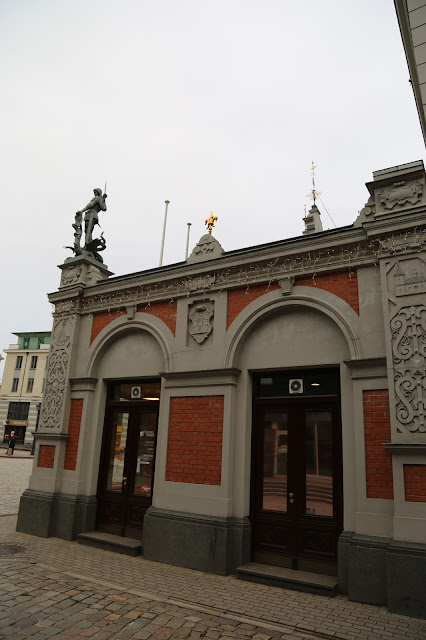 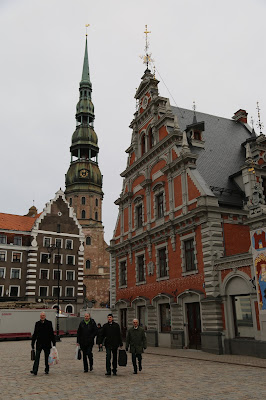 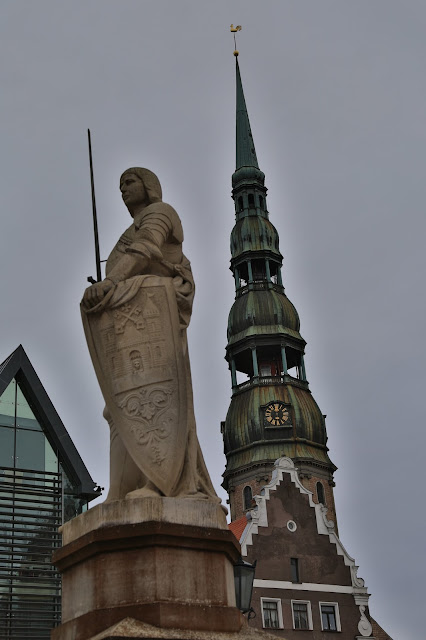 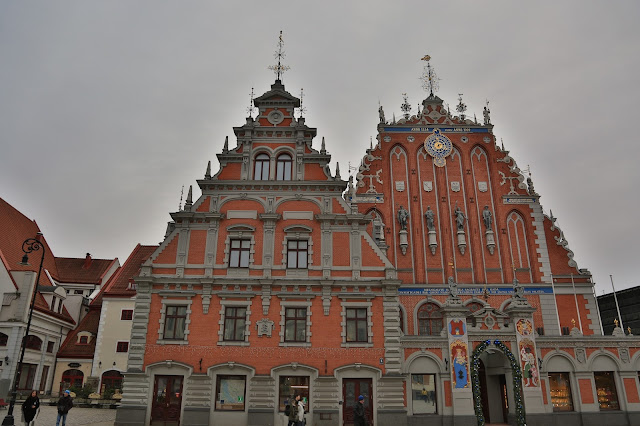 How stunning is this blue & gold clock? 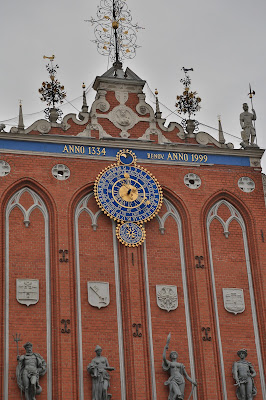 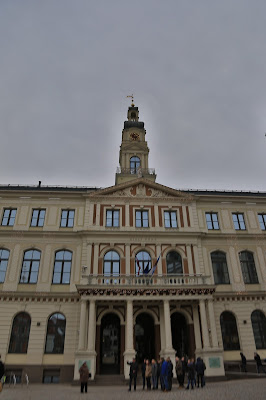 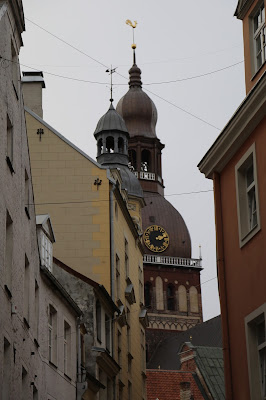 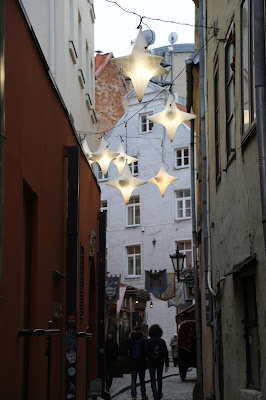 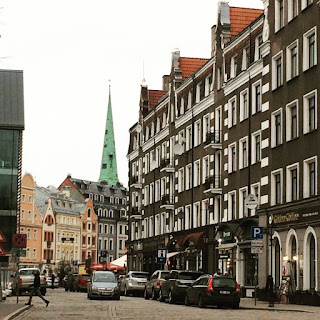 I will show you some more of Riga in another post, stop by again soon
Dee ~♥~