I shared some of my recent travels across Scandinavia & The Baltics but I just have to pay homage to Warsaw 74 years after the uprising in the Ghetto that snippets are known of worldwide.

Stacy & I visited Warsaw & we were both really taken by the City, one of our favourite places.

Warsaw traffic stopped for a minute's remembrance as the sirens sounded at 5pm, the exact hour when the August 1 revolt started 74 years ago. 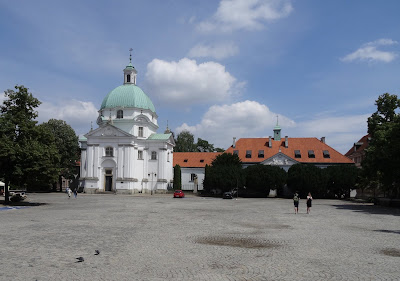 This beautiful corner of Warsaw saw so much sadness & heroism ... 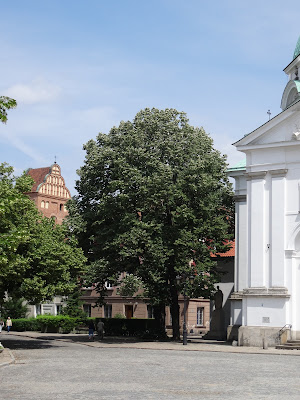 Seventy years ago this week, German authorities liquidated the Warsaw ghetto, a 1.3-square mile area sealed off from the rest of the city where authorities forced all of the city’s Jewish residents to live. At its peak, more than 400,000 Jews were crammed into the ghetto, living in squalid conditions with insufficient food rations. No more than 20,000 of them survived the Holocaust.

Returning to the Haunted Ground of the Warsaw Ghetto

The 1946 memorial tablet at the memorial ground 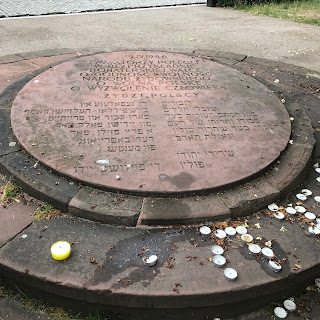 The first part of the monument, a small memorial tablet, was unveiled on April 16, 1946; the plaque was in a shape of a circle, with a palm leaf, a Hebrew letter "B" ב‬, and a Hebrew, Polish and Yiddish inscription: "For those who fell in an unprecedented and heroic struggle for the dignity and freedom of the Jewish people, for a free Poland, and for the liberation of mankind. Polish Jews”. It was also decided to build a larger monument in the future. reference 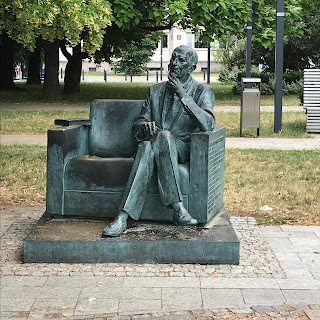 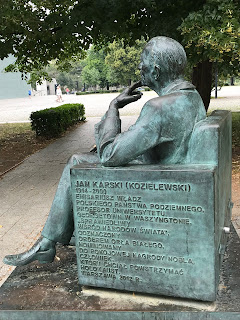 
The memorial is located in the area which was formerly a part of the Warsaw Ghetto, at the spot where the first armed clash of the uprising took place. This is the western face of the memorial. 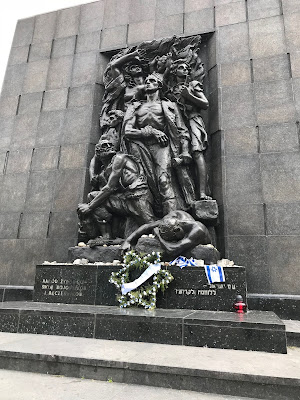 The monument stands 11 meters (36 ft) tall. As Rapoport himself explained, the "wall" of the monument was designed to evoke not just the Ghetto walls, but also the Western Wall (Kotel) in Jerusalem. The great stones would thus have "framed the memory of events in Warsaw in the iconographic figure of Judaism's holiest site".[4]The western part of the monument shows a bronze group sculpture of insurgents - men, women and children 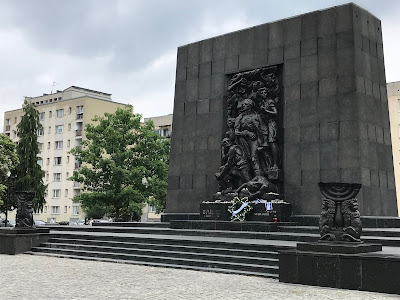 The Eastern side of the memorial ... 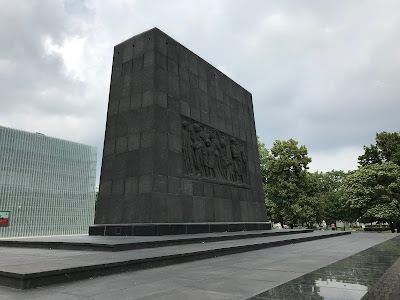 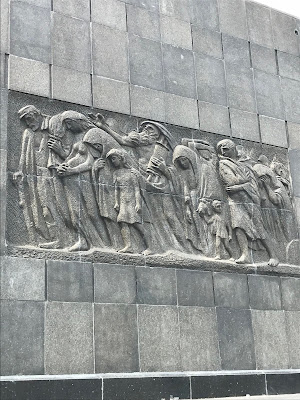 The residents of the Ghetto in Warsaw were sent to Treblinko & we all know the dark history of those camps.

When I visited Riga in Latvia, we visited the remains of the Great Choral Synagogue which was close to our hotel - read about it here . Visiting that part of Poland / Germany / The Baltics was to bear witness to the dark history of WW11 - I felt the weight of history very keenly there, you cannot escape the sadness, the cruelty, the history of it & I hope that everyone has the opportunity to walk in the path of history so that we can understand how easy it is to turn a blind eye or be too accepting of what we are told. 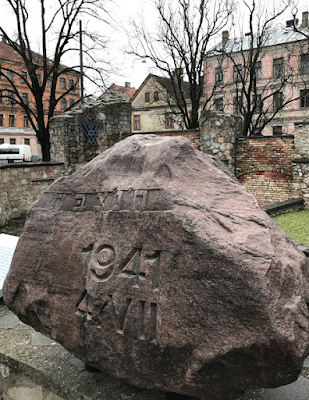 So amongst these beautiful cities, seek out their history & be humbled by it ... 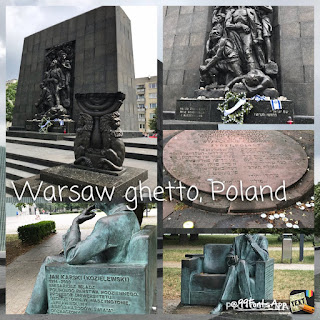 Thank you for stopping by, for supporting my blog & being kind enough to leave a commentDee ~💕~