The Hill of Crosses, Lithuania

I hope you have enjoyed the posts about my recent Baltic & Scandinavian visit.

Our guide suggested a stop at the Hill of Crosses on our route to Lithuania & I have to confess to having to use the internet to tell me about it.

The precise origin of the practice of leaving crosses on the hill is uncertain, but it is believed that the first crosses were placed on the former Jurgaičiai or Domantai hill fort after the 1831 Uprising.[1] Over the generations, not only crosses and crucifixes, but statues of the Virgin Mary, carvings of Lithuanian patriots and thousands of tiny effigies and rosarieshave been brought here by Catholic pilgrims. The exact number of crosses is unknown, but estimates put it at about 55,000 in 1990 and 100,000 in 2006.

The site took on a special significance during the years 1944–1990, when Lithuania was occupied by the Soviet Union. Continuing to travel to the hill and leave their tributes, Lithuanians used it to demonstrate their allegiance to their original identity, religion and heritage. It was a venue of peaceful resistance, although the Soviets worked hard to remove new crosses, and bulldozed the site at least three times (including attempts in 1963 and 1973). 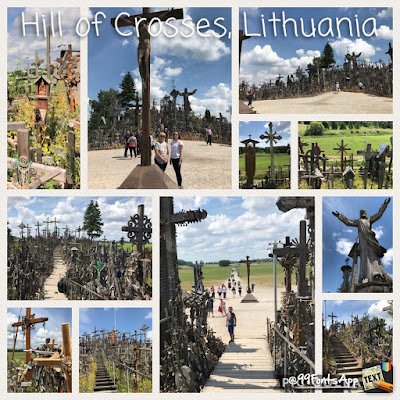 It had a very spiritual feeling there & most of us resorted to whispers - it just felt right ... 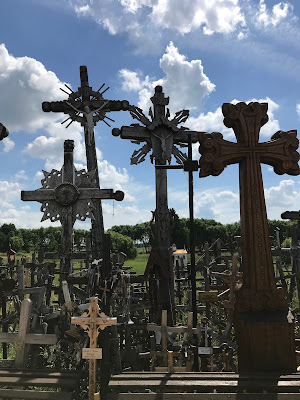 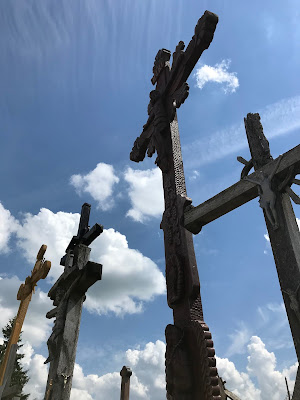 So many crosses & crucifixes, all left in memory 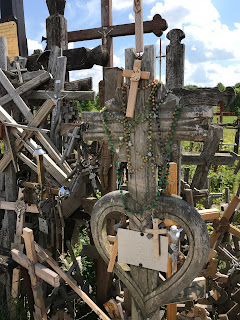 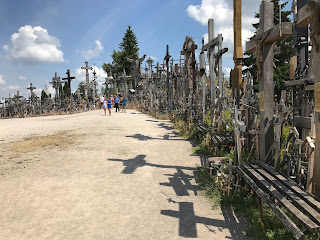 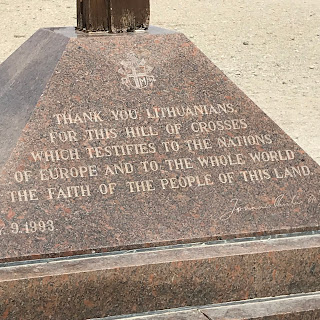 Daughter & I at the Hill 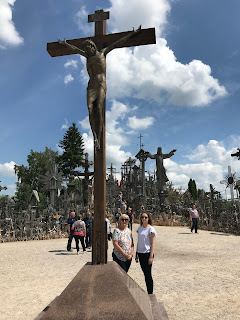 Our crosses that we places - they have amber from that region so it felt right ... 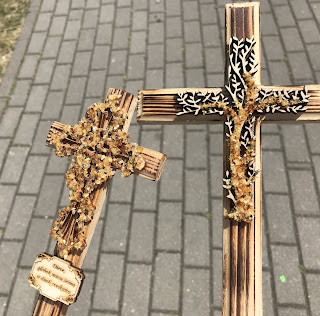 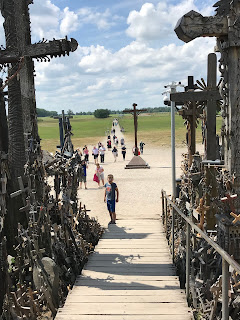 It is hard to describe the scene around the Hill where there are thousands of crosses of all sizes & origins ... 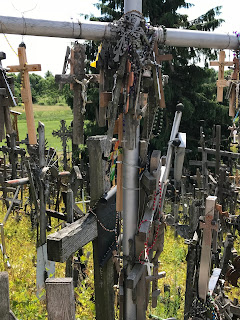 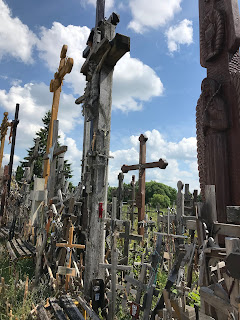 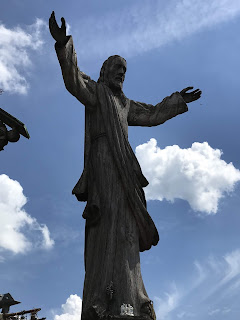 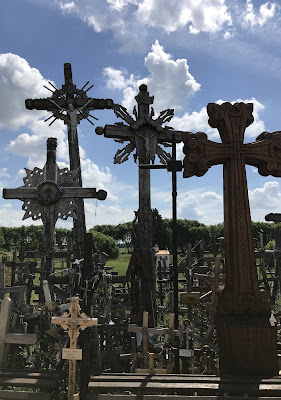 Perhaps the peaceful protest nature of this Hill is why it has become a place of pilgrimage - it is a place of spiritualism & peace - a really good place to visit.

Thank you for stopping by, for supporting my blog & being kind enough to leave a commentDee ~💕~
Posted by Dee at The Carlton at 06:00

Email ThisBlogThis!Share to TwitterShare to FacebookShare to Pinterest
Labels: Hill of Crosses Lithuania