Our landlocked county of Shropshire prides itself on being semi rural with interesting open spaces.

I love visiting our interesting spaces & am fortunate that we live close to several old Abbeys. What I particularly like about them is the atmosphere they exude & the feeling of the layers of history that the spaces have.

To understand why we have so many Religious ruins,  it helps to know about the Reformation in England & how King Henry V111 played a pivotal role in their destruction.

Dissolution of the Monasteries

The Reformation in Tudor England was a time of unprecedented change. One of the major outcomes of the Reformation was the destruction of the monasteries which began in 1536.
The Reformation came about when Henry VIII wished to divorce his first wife, Catherine of Aragon, who had failed to give him a male heir. When the Pope refused to grant the divorce, Henry set up the Church of England. The Act of Supremacy in 1534 confirmed the break from Rome, declaring Henry to be the Supreme Head of the Church of England.
The monasteries were a reminder of the power of the Catholic Church. It was also true that the monasteries were the wealthiest institutions in the country, and Henry’s lifestyle, along with his wars, had led to a lack of money. Monasteries owned over a quarter of all the cultivated land in England. By destroying the monastic system Henry could acquire all its wealth and property whilst removing its Papist influence.
This led to the Act of Suppression in 1536 whereby small monasteries with an income of less than £200 a year were closed and their buildings, land and money taken by the Crown. The Second Suppression Act of 1539 allowed the dissolution of the larger monasteries and religious houses.
Monastic land and buildings were confiscated and sold off to families who sympathised with Henry’s break from Rome. By 1540 monasteries were being dismantled at a rate of fifty a month.
After the disposal of their monastic lands and buildings, the majority of monks, friars and nuns were given money or pensions. However, there were some abbots and religious house leaders who refused to comply. They were executed and their monasteries destroyed. Thousands of monastic servants suddenly found themselves without employment.
So what were the immediate effects of the Dissolution of the Monasteries? Firstly, vast amounts of monastic land, gold and silver plate were transferred to the Crown. It is said that the King’s own treasury profited by about one and a half million pounds. However a great deal of the wealth Henry acquired through the Dissolution was spent on his wars with France and Scotland. The gentry and rich merchants who bought the land also prospered.
One of the saddest legacies of the Dissolution was the loss and destruction of monastic libraries and their precious illuminated manuscripts. Read more about this period of history here ...
Shropshire did not escape this period of history  & several are favourites that I love to visit & I love to share them with visitors to our county.
I recently took visitors to explore the White Ladies Priory; I have visited it several times & it is an interesting building set down a long tree lined path & quite remote. 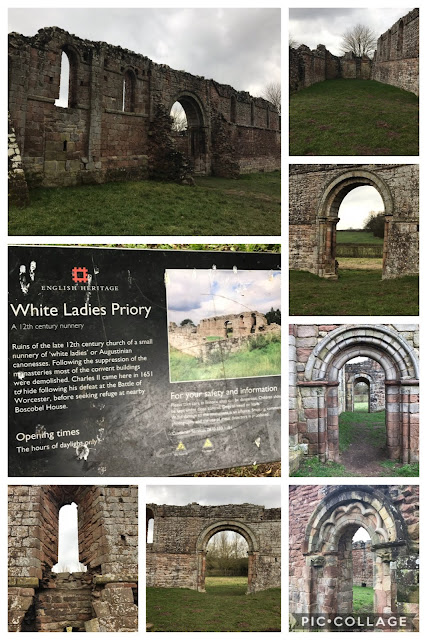 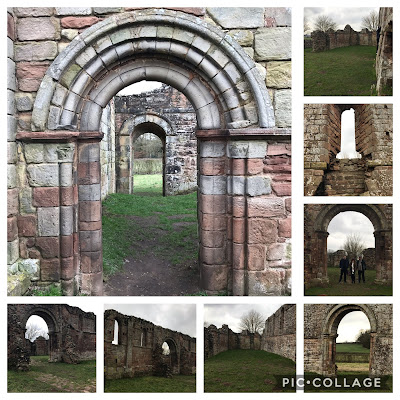 Another favourite that I visit often is the Abbey at Lilleshall - it has a lovely setting which I really love. There are parts of it that I find eerie as they are dark areas with ornate details on the roof. I love standing at the bottom of the old Abbey entrance & looking all the way down the vast space. I am always in awe of the craftsmanship of those who built these so long ago. 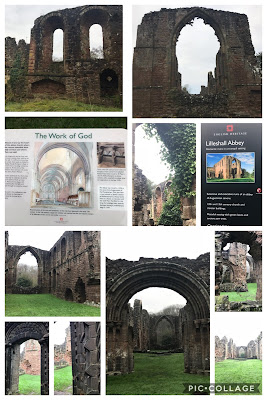 One I had not visited was this local one, near our county town of Shrewsbury.  I was so pleased that we were the only visitors to Haughmond Abbey which means that you can really absorb the atmosphere & get a feeling for the space. 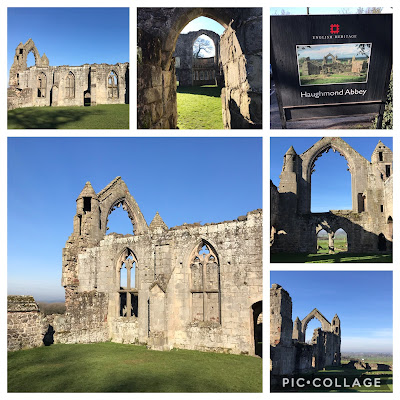 Just look at the two towers on the sides of the window - one square, one round. They just look like the shape one might find in fairy tales, so lovely. 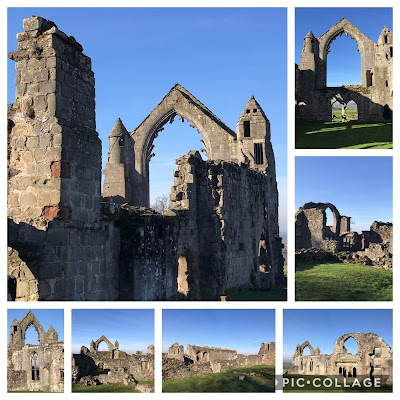 The Abbey faces the Shropshire hills in the distance, the impressive line of hills that we love so much & which are impressive & steeped in geological history. 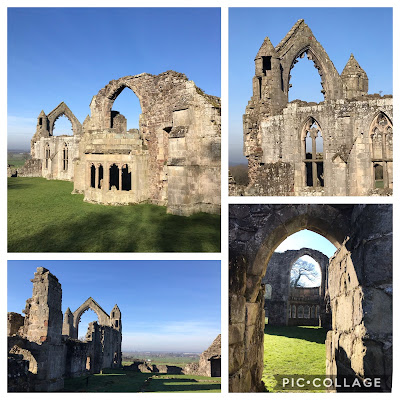 This is the map of our monastic houses in Shropshire 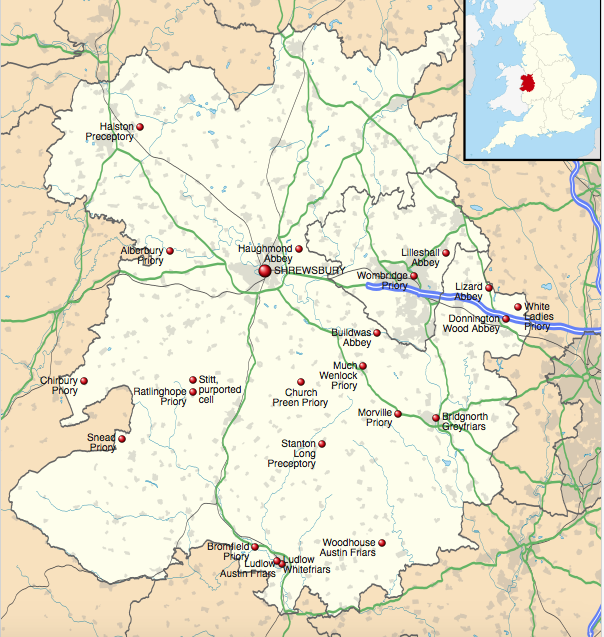 I have visited about half of them & will be making an effort to try to find the others. I consider myself to be ‘spiritual’ & find that these spaces are very calming, peaceful & they feed the soul & the past draws you in because I can feel the layers & weight of history.

This is a recent visit to Buildwas Abbey, another on that list and a previous visit to Wenlock Priory  in the pretty town of Much Wenlock. This Abbey is quite stunning with gorgeous topiary hedges & shapes & beautifully tended gardens ... 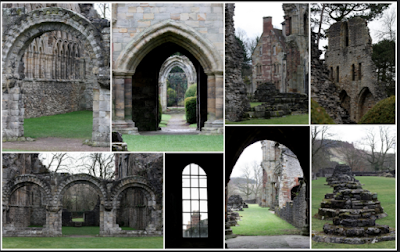 I hope you have enjoyed this little visit to some of my favourite places with me.

Thank you for your company, stop by again soon,Dee ~💕~