Salzburg, the home of the Sound of Music

Who else loves The Sound of Music? I grew up with that musical, I know the songs off by heart, the scenery makes my heart soar & so I was absolutely delighted to visit Salzburg & visit many of the places used in the film. 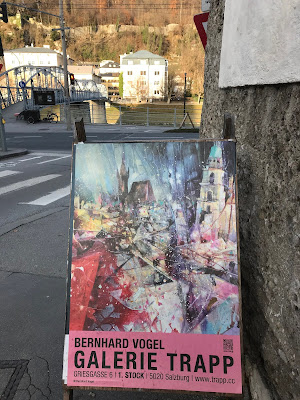 The statue in Residenzplatz square / Residence Square is seen in the film but unfortunately statues are covered up to protect them in winter so only the top is visible with the market all around it ...

During their carriage ride through the city, Maria and the children sing as they pass the Residenz Fountain. Relatively recently, a patch of the original river-stone surface was revealed, prompting the city to overhaul the Residenzplatz completely. 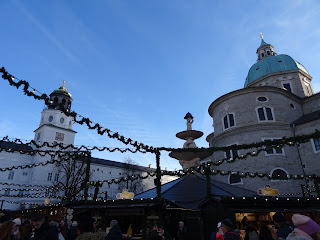 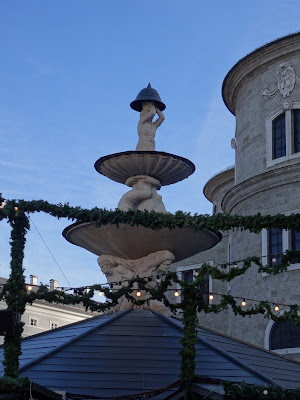 The Summer Riding School / Felsenreitschule , seen in the final scenes of the film, it is where the singing competition is held & we see only the inside of the building ...

The Felsenreitschule as Film Set For fans of the famous Hollywood blockbuster “The Sound of Music”, the Felsenreitschule is a must-see. It was on its historic stage that Maria, the captain and the children took part in a music competition and performed their folk songs. Immediately afterwards, they fled to Switzerland to escape Nazi persecution. 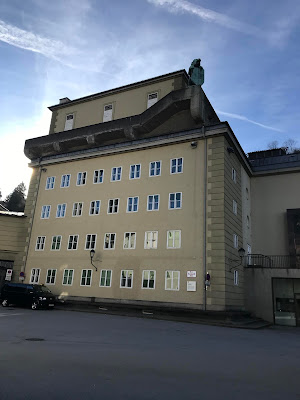 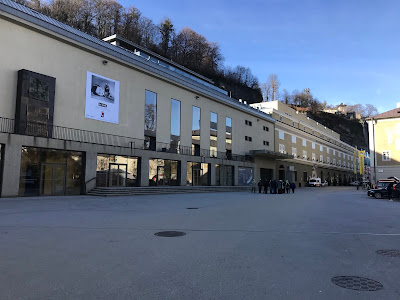 St Peter’s Monastery, Cemetery & Catacombs were founded in the 7th Century & they are one of the oldest & most beautiful cemeteries.   Sound of Music fans are familiar with them as the Van Trapp Family hide in them ... 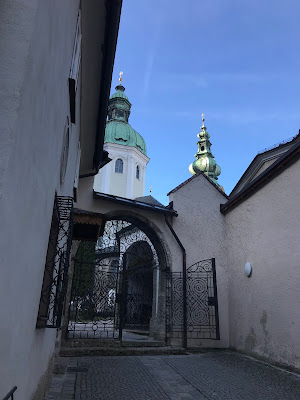 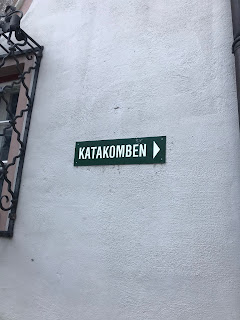 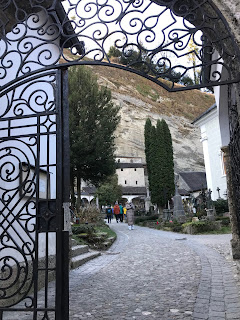 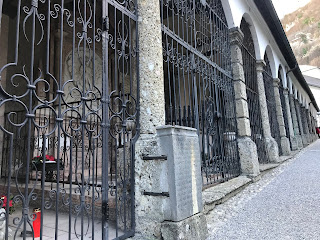 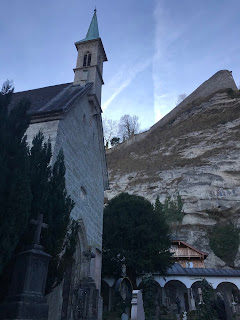 Mozart’s own sister Nannerl is buried amongst these graves, as are many artists, merchants, scholars, and famous people. 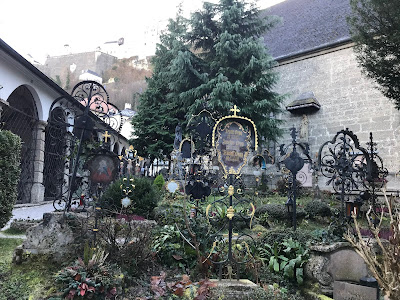 St. Peter’s and “The Sound of Music”
International guests know the cemetery and the catacombs as a famous backdrop for the Hollywood movie “The Sound of Music”. Pursued by the National Socialists, the Trapp family fled through St. Peter’s Cemetery, finding a secure hiding place in the dark rocky recesses before ultimately escaping safely to Switzerland.

Mozart and Haydn both have close ties to St. Peter’s. In 1769, the thirteen-year-old Mozart composed his “Dominicus Mass” for the abbot, while just a few years later Michael Haydn was commissioned by the abbey to write his “Rupert Mass”. Today, the Baroque Hall at Stiftskeller St. Peter as well as the Romanesque Hall are regularly used for concert events including “Mozart Dinner Concerts”. 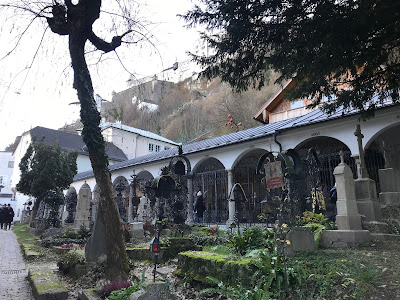 The Mirabell Palace and gardens across the river - Mirabell Gardens, along with the Felsenreitschule and Nonnberg Convent, is one of the most important shooting locations from the famous Hollywood musical “The Sound of Music”. In the film, Maria and the children dance around the Pegasus Fountain in front of the palace, singing the song “Do Re Mi”. At the end of the scene, the Trapp family stand on the steps in front of the Rose Hill and sing the song’s final bars. At the same time, viewers are enchanted by unique views across Mirabell Gardens towards the fortress. 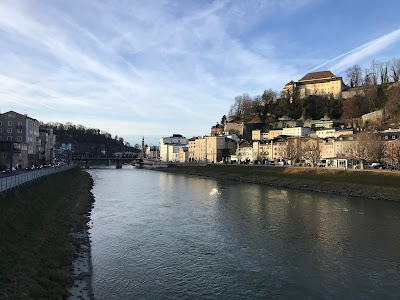 The Nonnberg Priory lies a little above the city, not far from the Riding School, its red turrets just visible. Every morning at 6:45 am, the sound of the Nuns singing still waft across the city.

Origins of the Convent

The early days of the convent are now shrouded in darkness. It is a fact that Emperor Henry II established a Romanesque basilica on the grounds of today’s convent at around the turn of the first millennium. In 1009, a Christian institution was consecrated to the Virgin Mother, making it the second oldest church in veneration of the Virgin Mary here in Salzburg. Erentrudis of Salzburg was the first abbess of the Benedictine convent, taking her own special place in history as the city’s patron saint. Her rock tomb is located in the crypt of St. Mary’s Church. 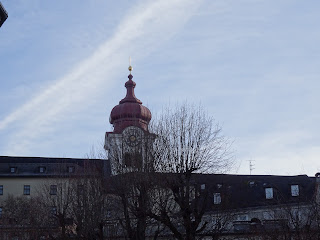 The convent became famous internationally thanks to novice Maria von Kutschera. She was sent by her abbess as governess to widower Baron Georg Ritter von Trapp, for whom she was to take care of his children. Shortly thereafter, Maria married the baron, subsequently founding a family choir in the early 1930s. Her story served as inspiration for the world-famous Hollywood movie "The Sound of Music", continuing to captivate visitors from around the world to this very day. 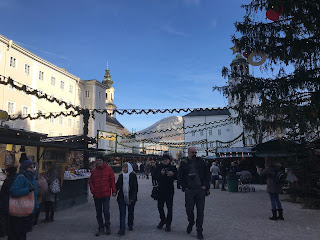 I hope you are also a fan of The Sound of Music & that you have enjoyed this blog post. Leave me a comment so I know you have visited.