Phew - the Bridport Hat Festival was another massive success.

I am so glad as the Hatters are family & they really put their heart in to the organisation. These were some of the hats entered in the Millinery competition so I helped to set them up for judging in the Town Hall 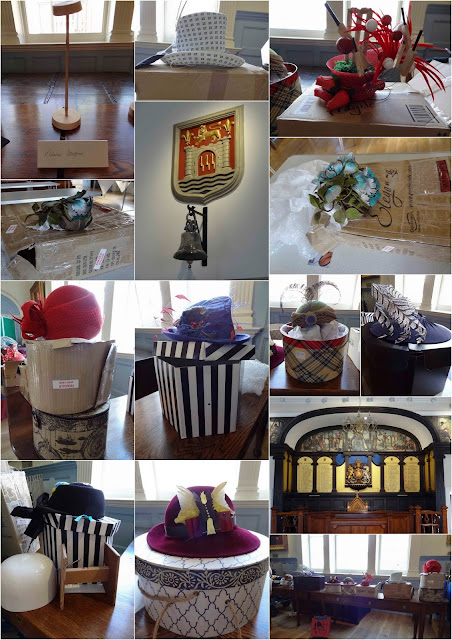 My primary role again was to get out & about, help where I could & most importantly take photos for the Hatters to use for promotion throughout the year. 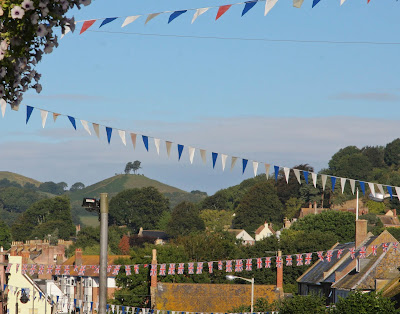 My outfit plans getting-ready-for-another-hat-festival went out the window because I had a chilly 7am start at the Town Hall & the numerous stairs & distances to photograph it all meant a more practical outfit was required .... 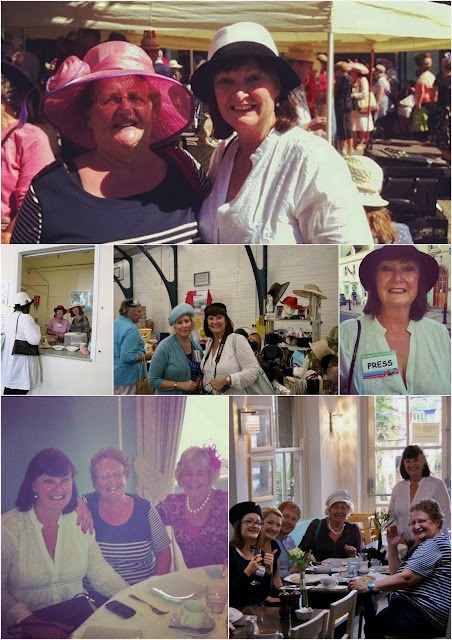 The Bridport Mayor had a host of Mayors for an event & they sportingly wore hats - along with the stunning chains ... 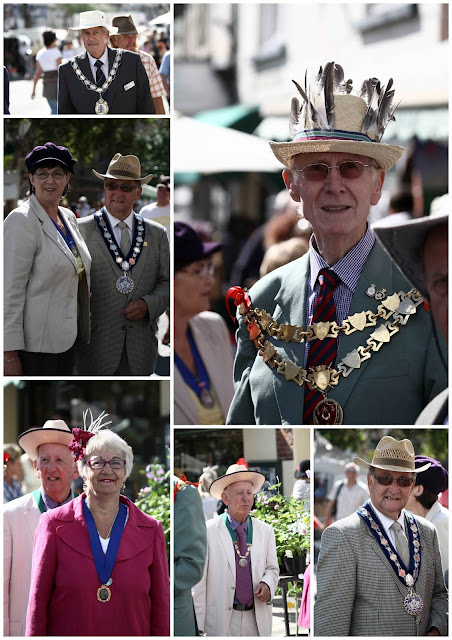 Mayoral bling in & around Bridport 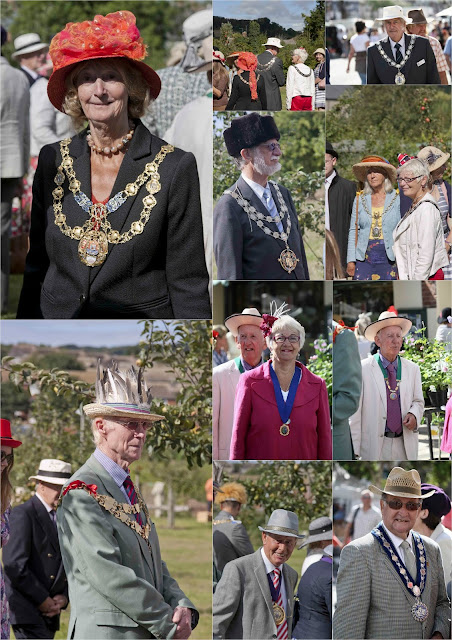 Some of the many men who posed for photos around town 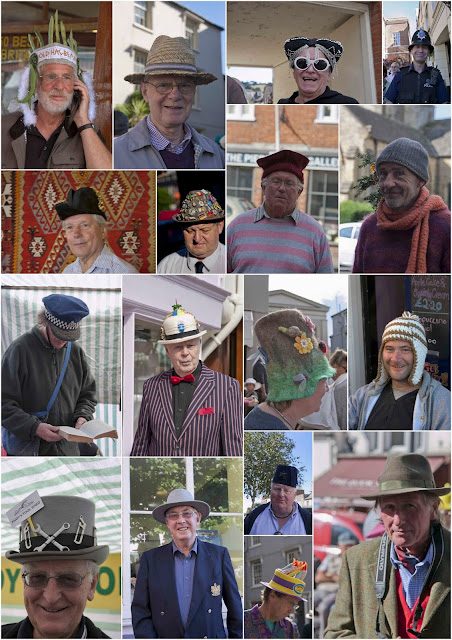 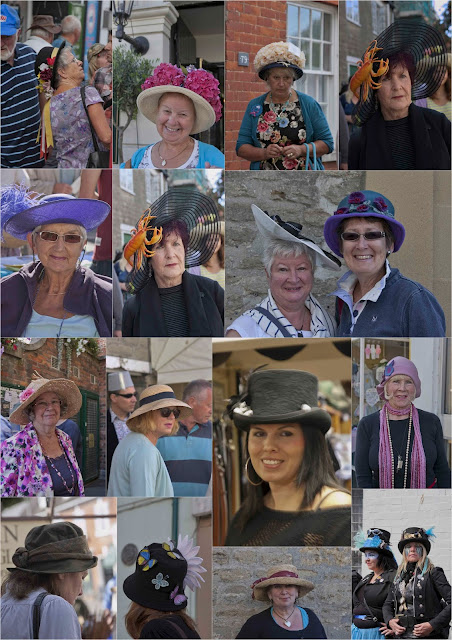 Daughter fortunately clambered up to do the mass hat photo 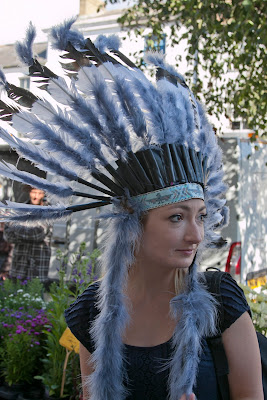 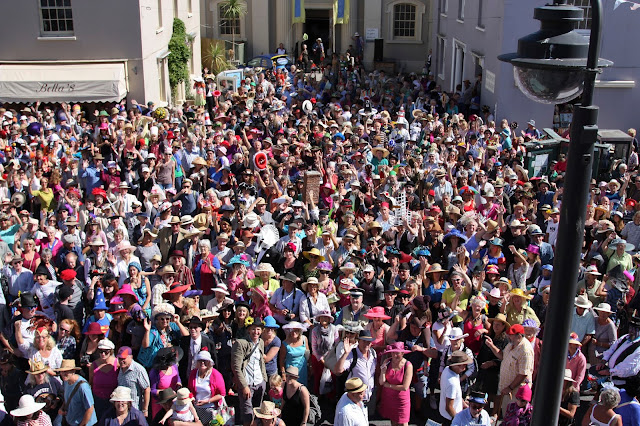 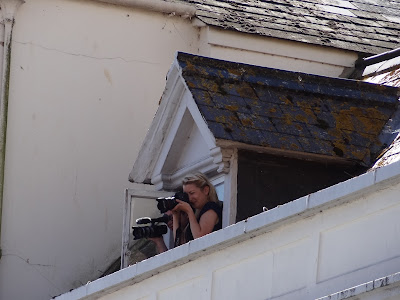 I did the street level one this year 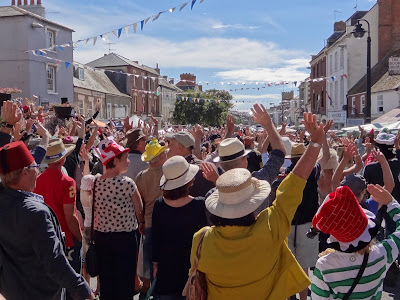 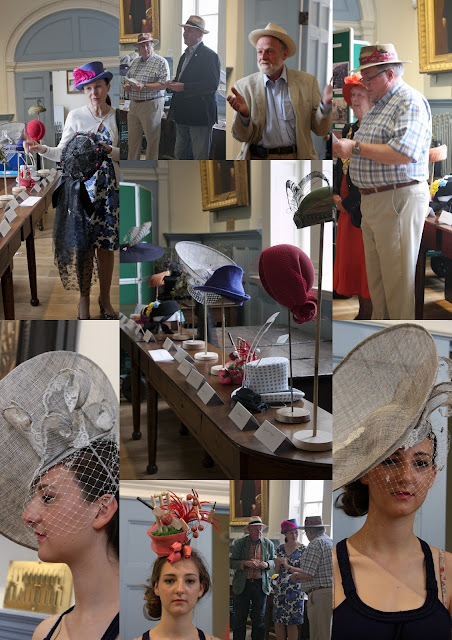