January blues for me is sorting out the kitchen cupboards ahead of upcoming work being done in our kitchen. This is a favourite set of crockery & unpacking it took much longer because I was once again engrossed in looking at the patterns & various piece I have.

Most of this fabulous classic set was gifted to me several years ago.  I just love the vibrancy of the cobalt blue & the classic pattern. 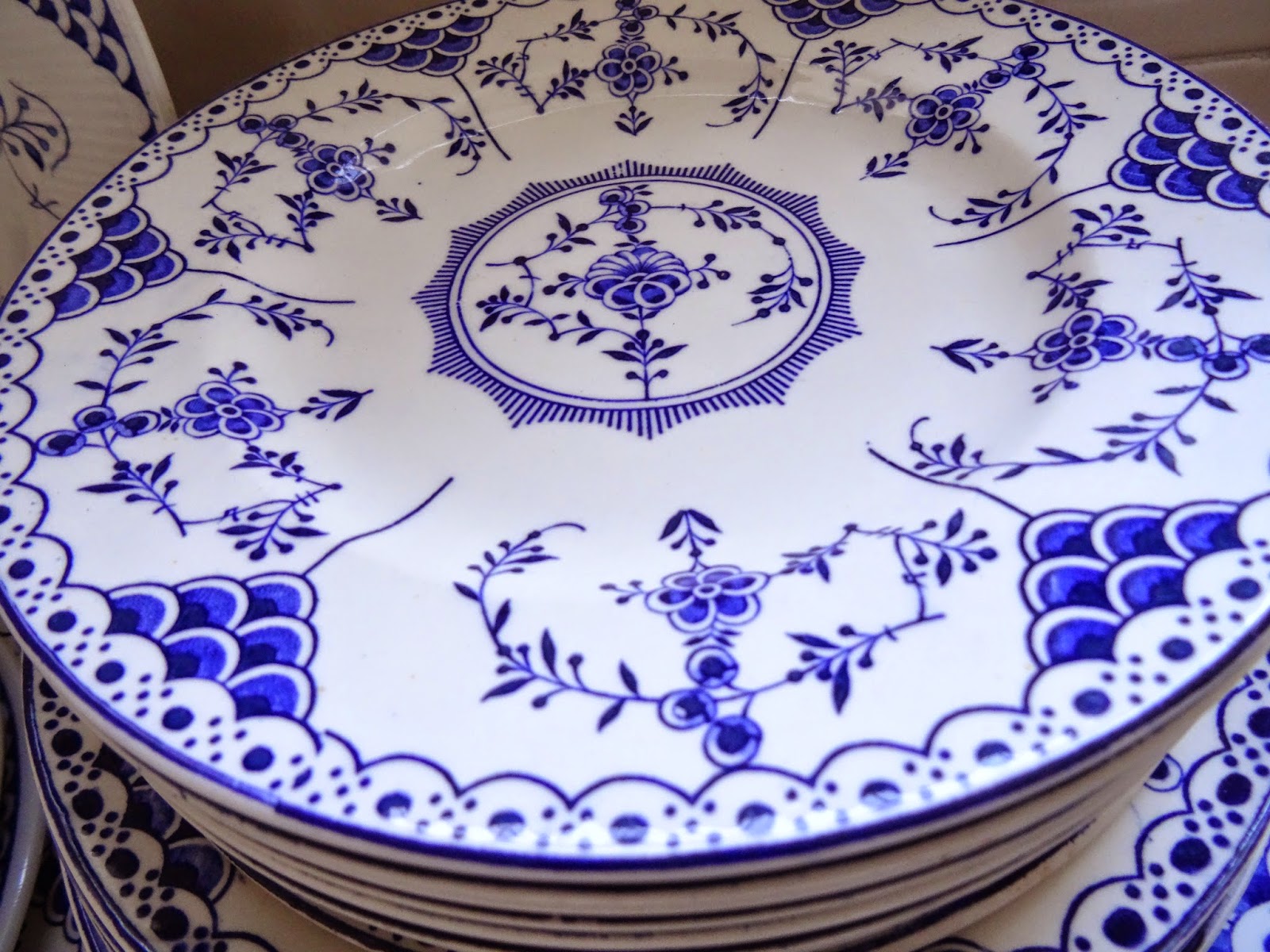 I shared some of the blue patterns in a previous post & it remains a firm favourite.  The patterns are similar or the same in many regards but the changes come in with small details like ribbed at the foot or rim, the pattern repeated inside the cup or jug, patterns on the handles, colour variations, the thickness of the pottery / china etc

The history of the Blue Danish pattern is fascinating & it gives an insight in to how the pattern has been used by several of the major pottery makers since 1776 when the pattern emerged from the East India's to Denmark.

Several factories have made this pattern including

Royal Copenhagen which is perhaps the original pattern which was used 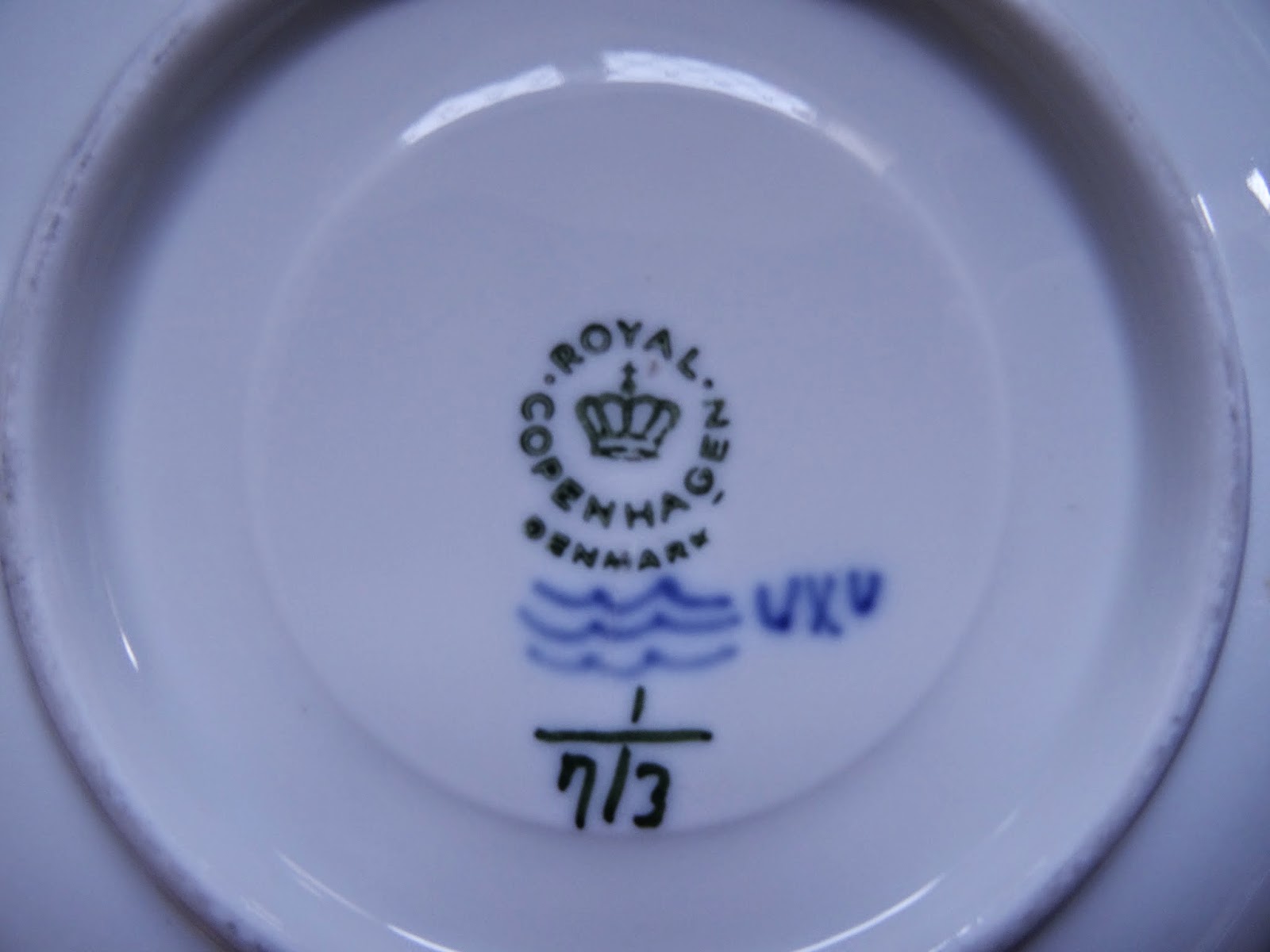 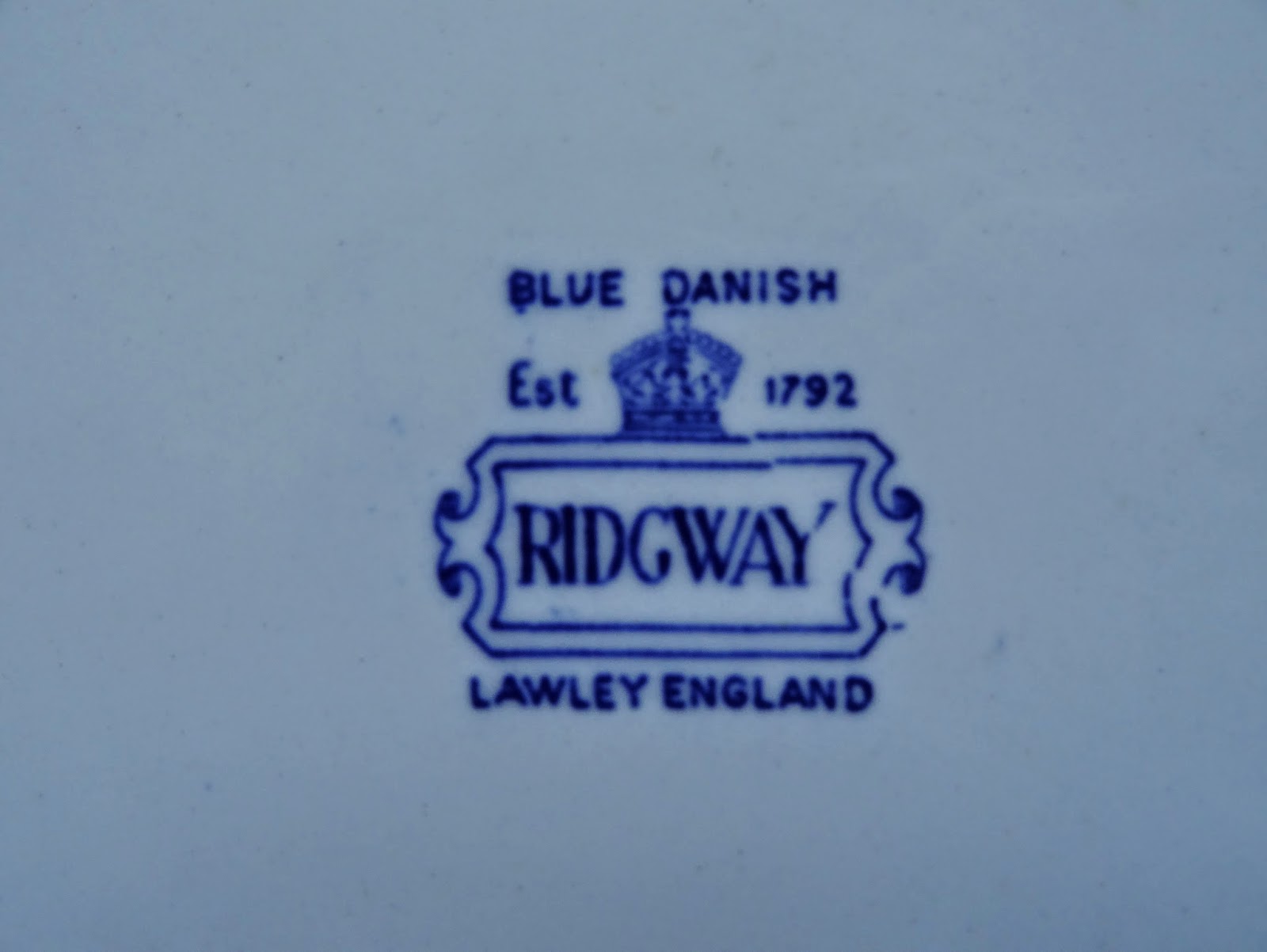 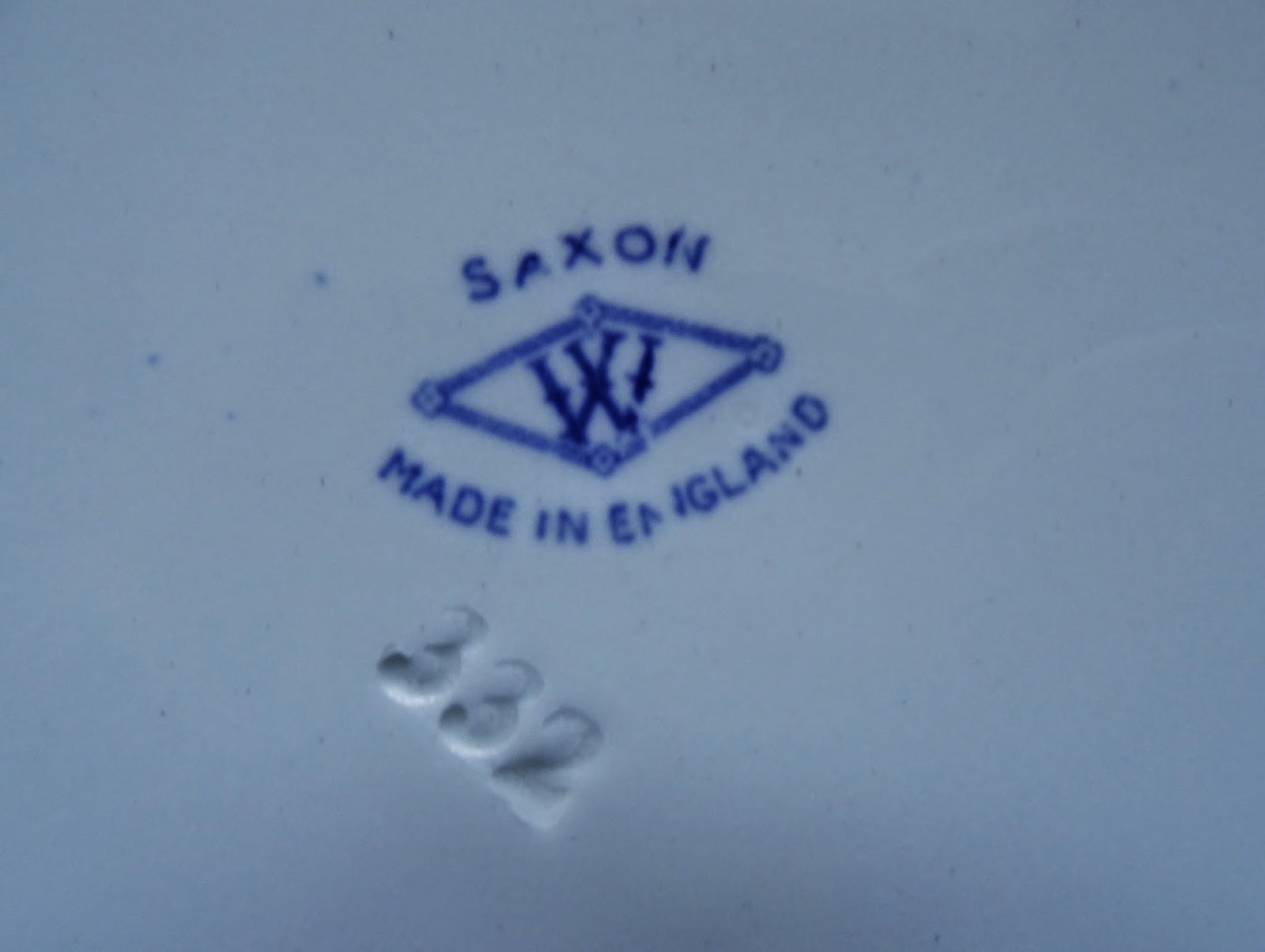 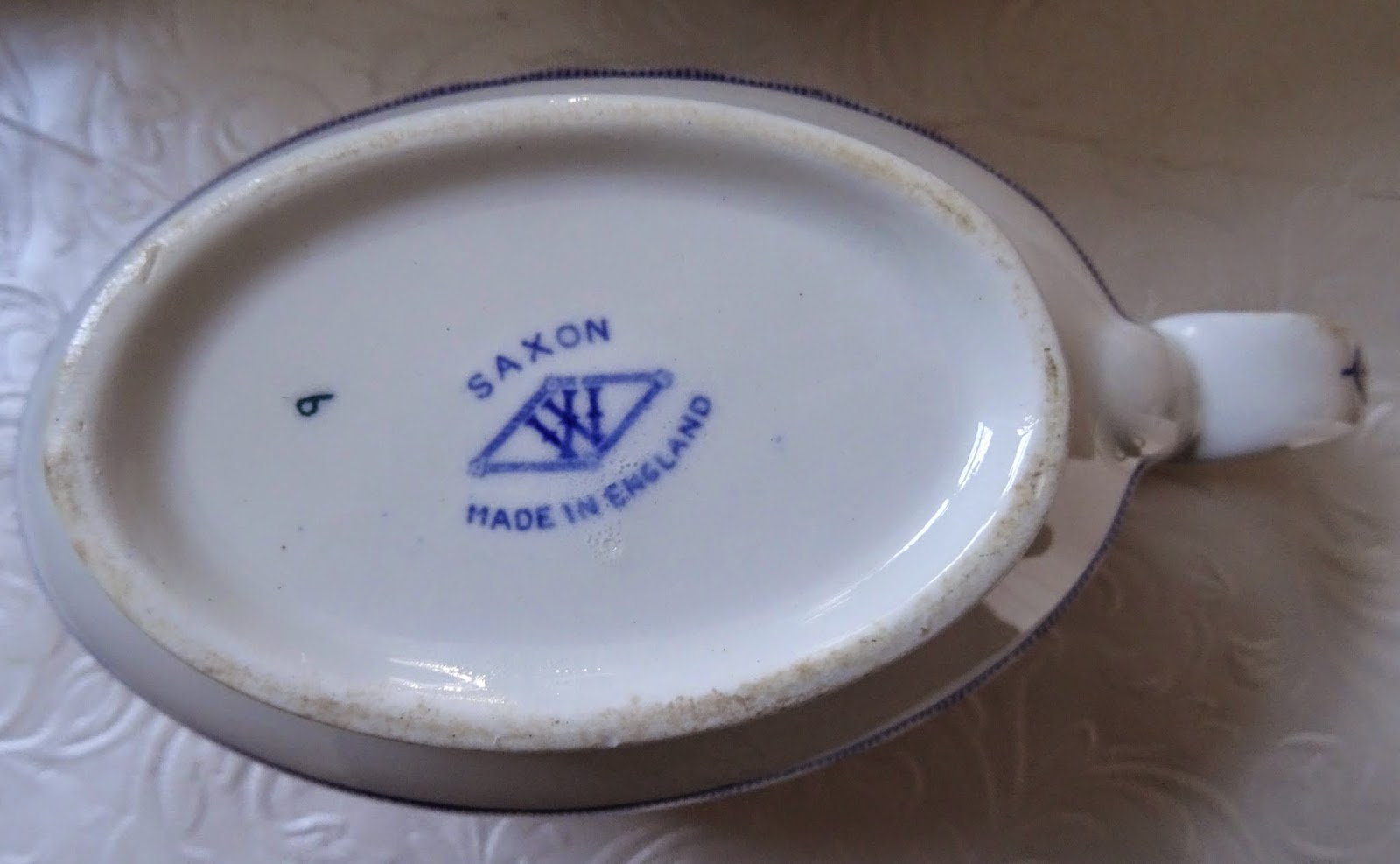 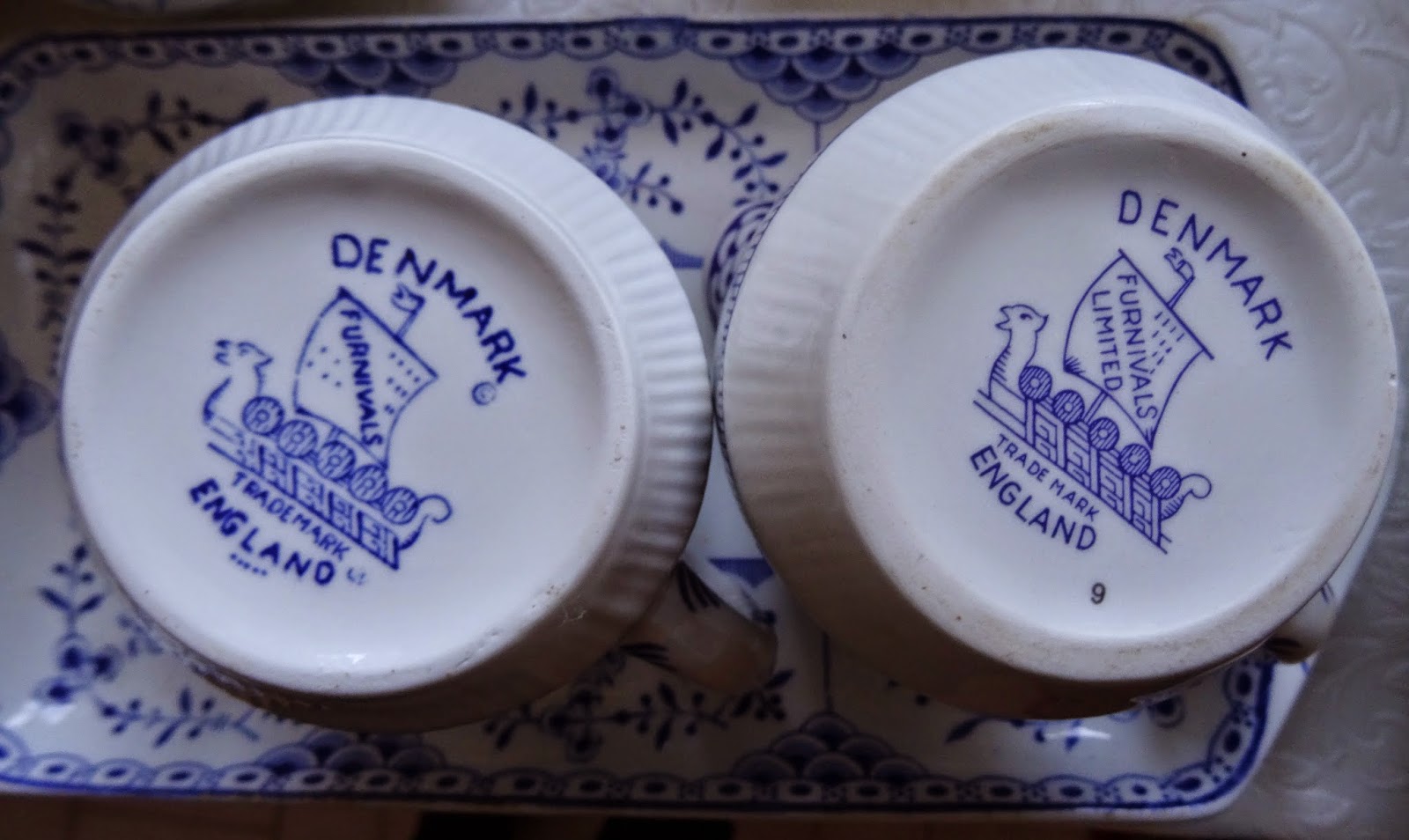 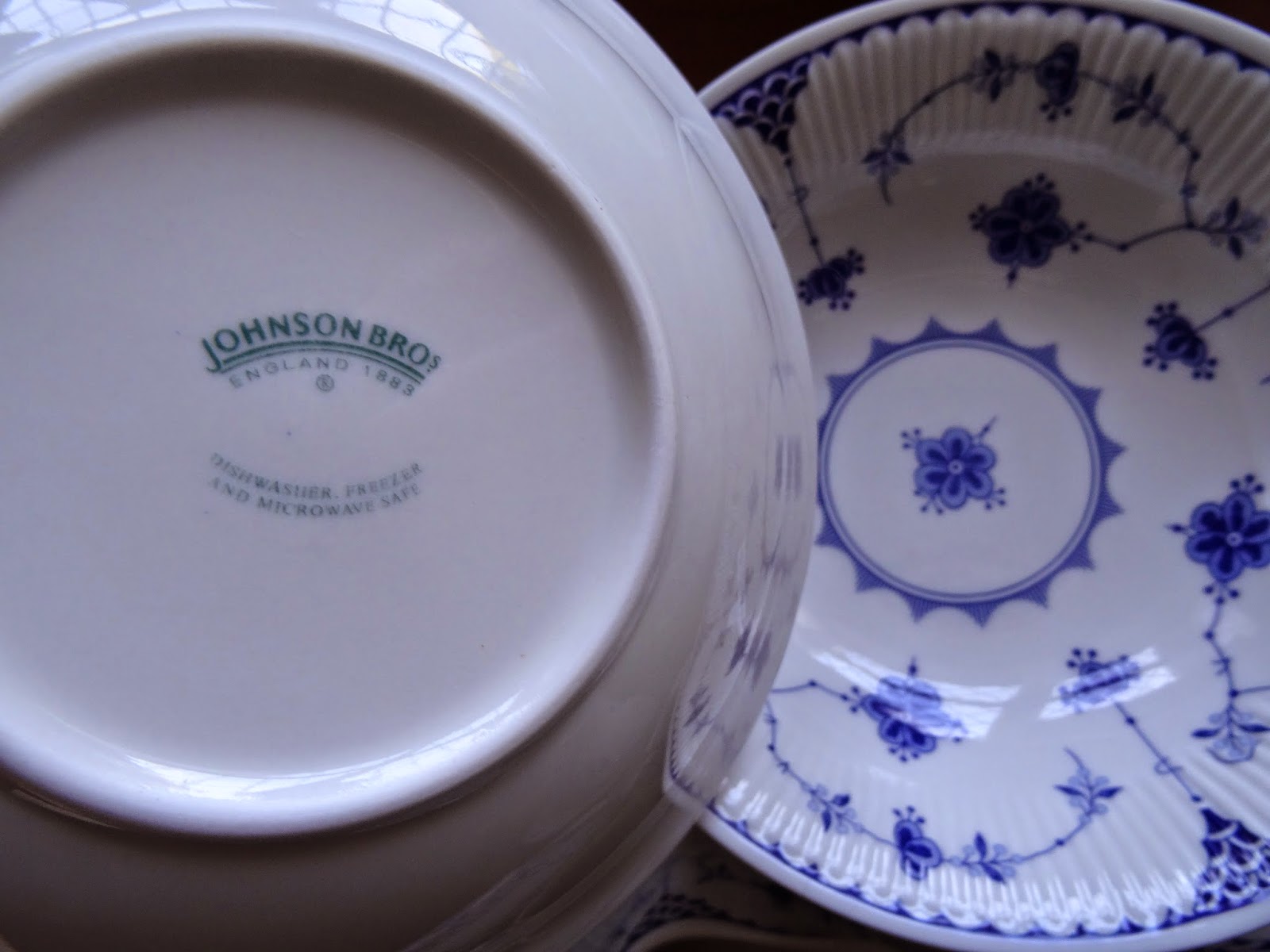 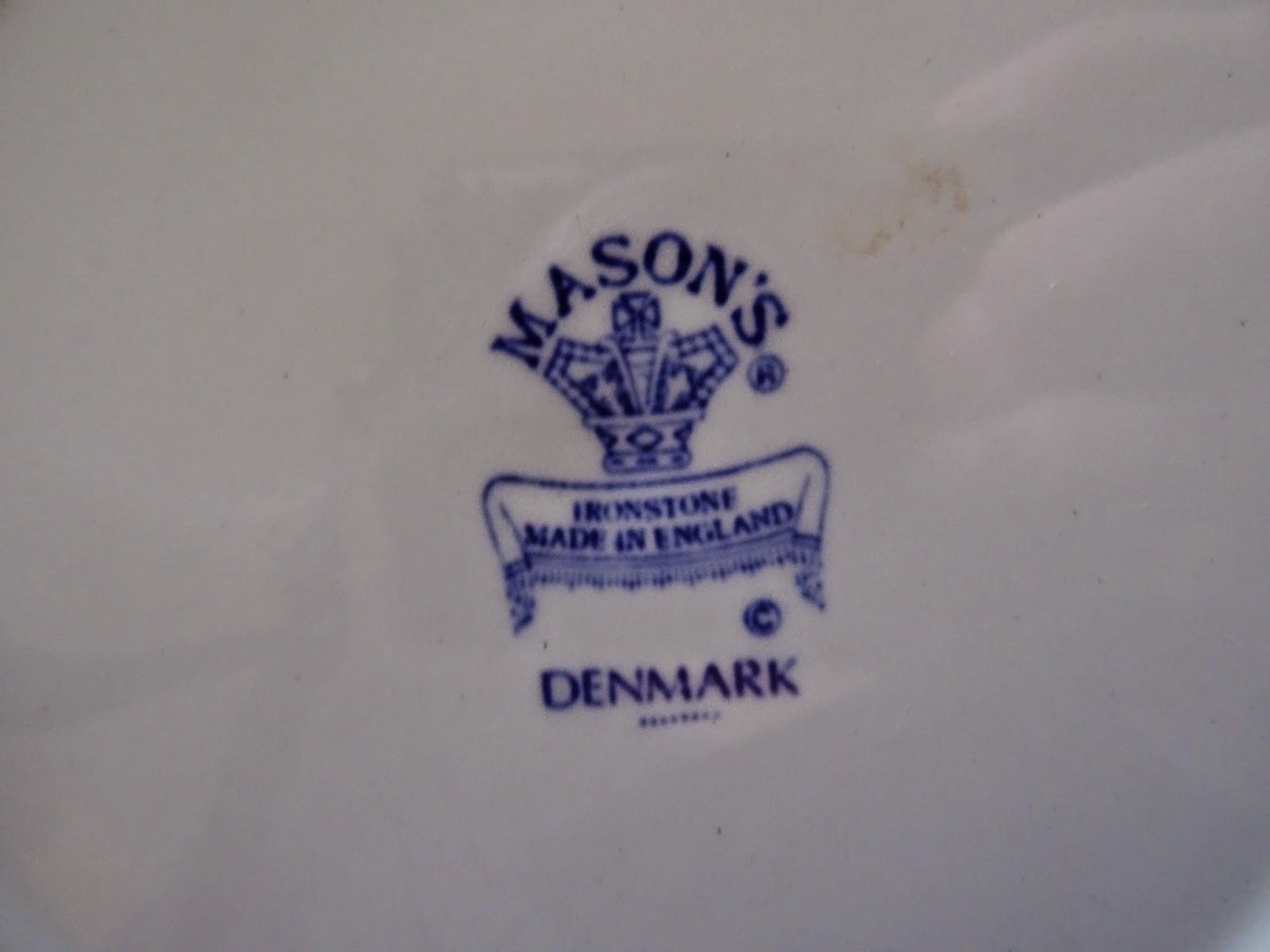 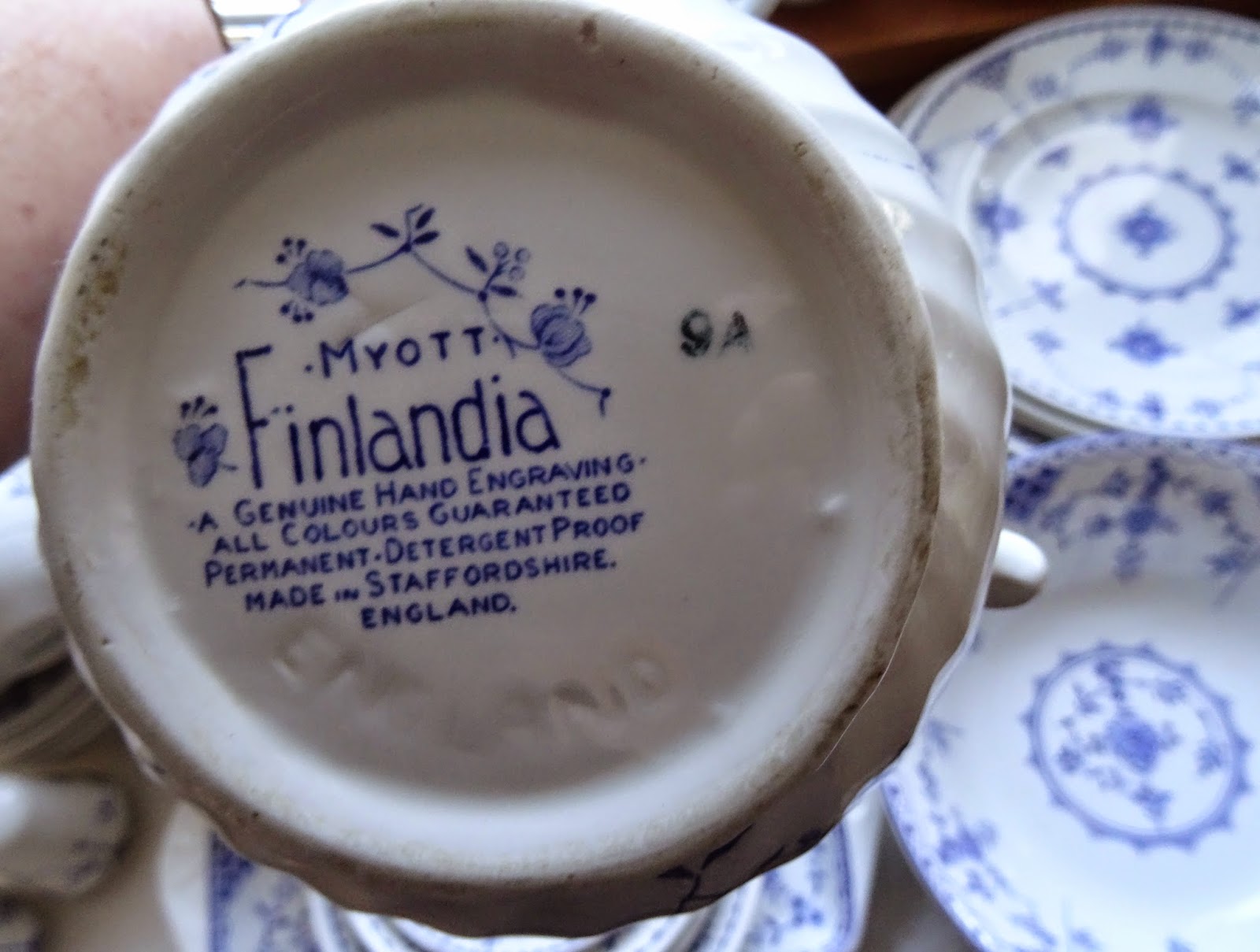 
‘ Furnivals were the most prominent of several Staffordshire potters to produce versions of the pattern based on the Royal Copenhagen original.  Company records suggest that the pattern was produced from the 1850s and with virtually no modification to the pattern or shape was produced until the closure of the business in 1968.
Furnivals (1913) Ltd was acquired by Barrett’s of Staffordshire Ltd in 1967 however shortages of labour frustrated Barrett’s plans for modernisation and expansion of the business and the factory was closed in 1968.  The Furnivals name and some of its best known patterns, including 'Blue Denmark', were purchased by Enoch Wedgwood (Tunstall) Ltd (formerly Wedgwood & Co. Ltd) who continued to supply the market with the popular pattern - including the 'Furnivals' backstamp!
Enoch Wedgwood was itself acquired by Josiah Wedgwood & Sons Ltd in 1980 and perhaps it is not a surprise that ‘Blue Denmark’ has been produced by at least two Waterford Wedgwood brands – Mason’s Ironstone China Ltd and Franciscan.
Fascinating as I live fairly close to the famous potteries of Stoke on Trent & I have always had a great love for pottery & patterns. I remain fascinated by how widely this pattern is used & how long it has been used for. My ordered mind would love a definitive chronological order of the use of the marks over time …. 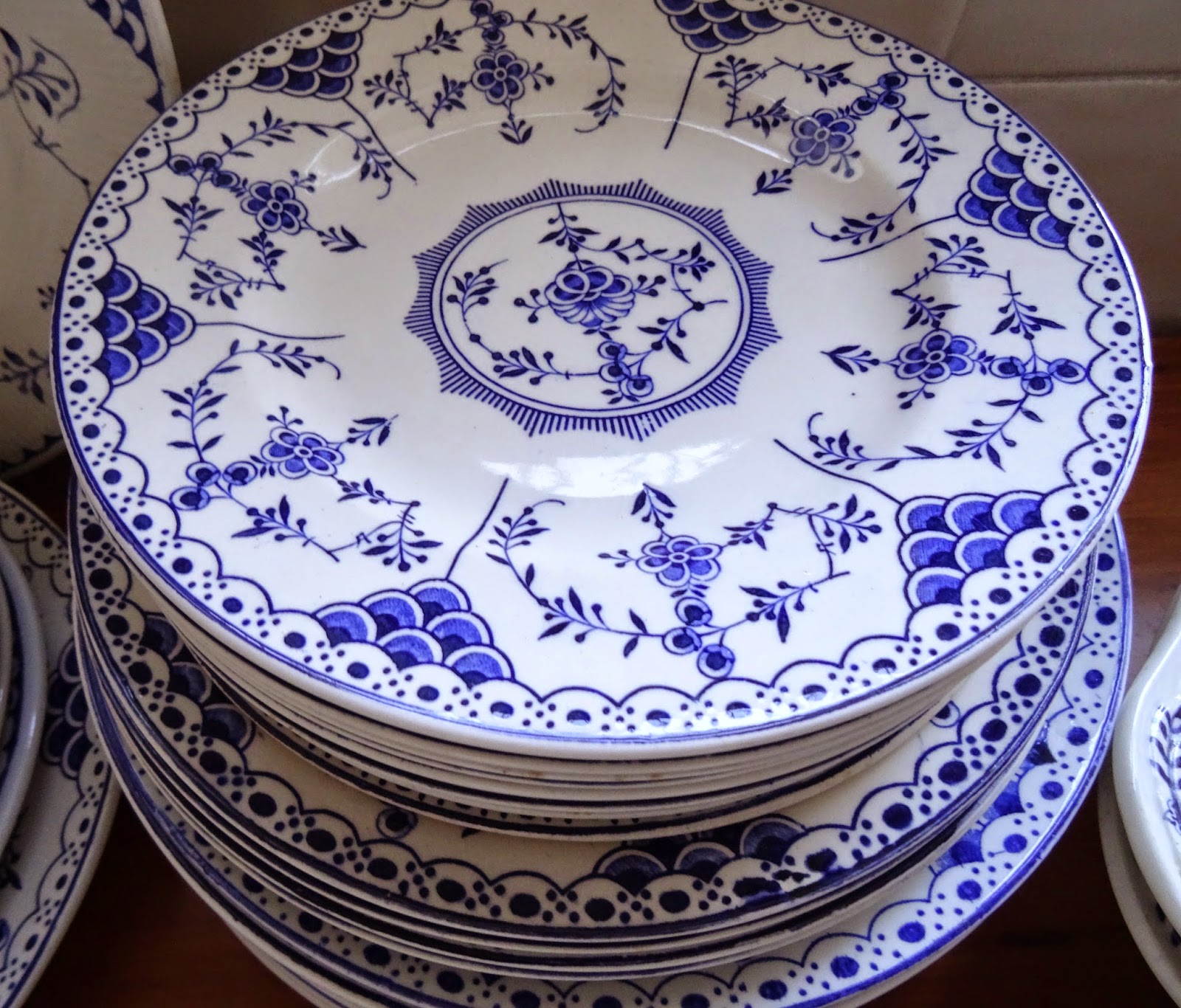 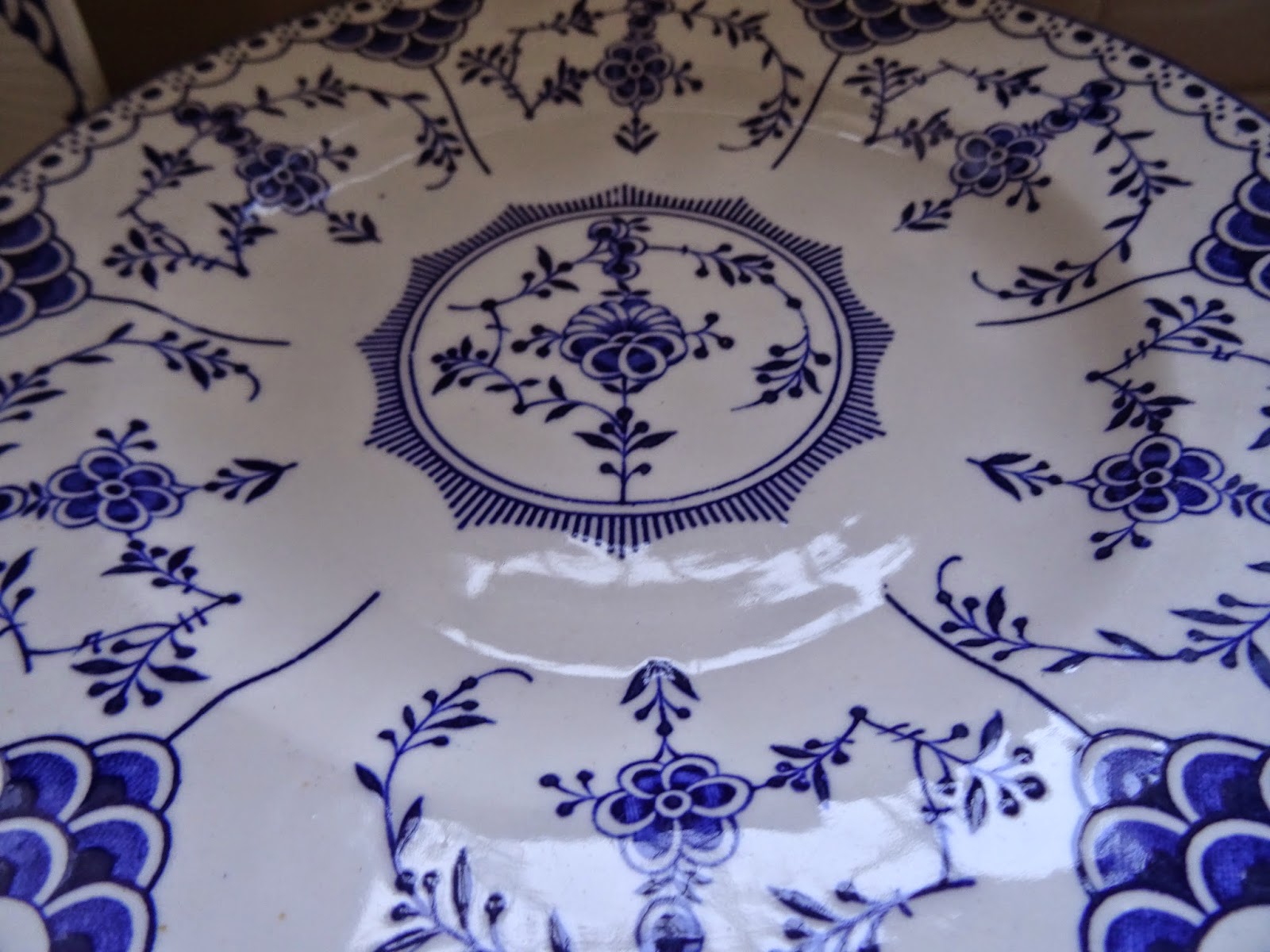 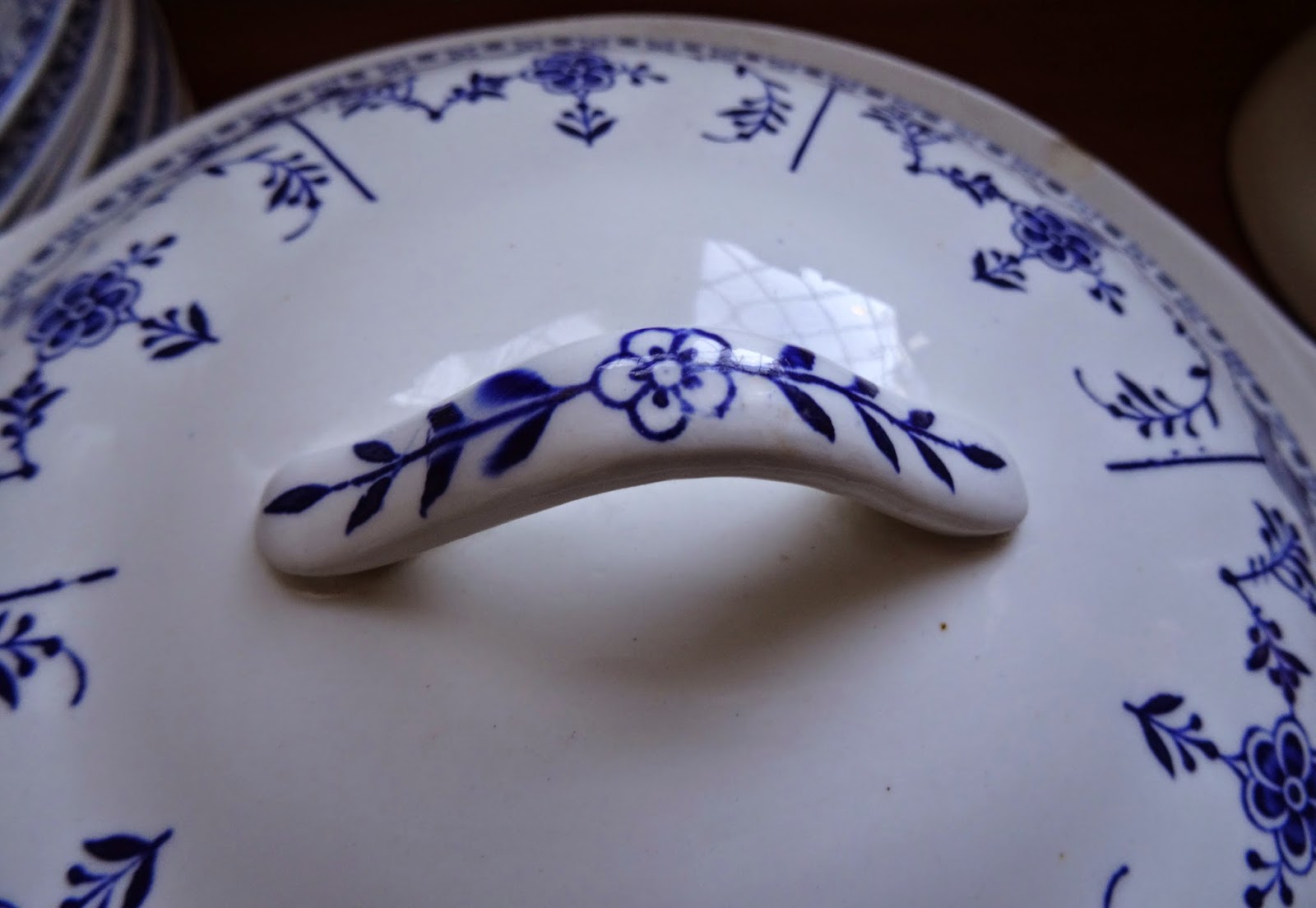 As with all things classical, I intend to enjoy my varied collection for years.  You might even find it being used more this year …. Do you have a set of dinner ware that you favour in your home? Please share ….

Thanks for stopping by & taking the time to leave a comment.
Dee ~♥~
Posted by Dee at The Carlton at 10:54