We have a little entrance hall between the front door & the inner doors which is just large enough to pop down post & bits on the way in or out.

I move it around from time to time because it has not felt quite right - you know that feeling when it is needs tweaking.

I decided to bring back the little hall table which had been relegated to the summer house in the garden.

I knew the creamy colour had to go so decided on 'Paloma' by Annie Sloan - a warm neutral colour that I knew I could live with.

With these projects - one thing often leads to another & so it was with this. The table looked lost on its own & since I was going to paint it anyhow, I browsed my loft & found a vintage wooden mirror / picture frame that I bought because I loved the shape but then didn't use. I took it down & decided that it would could work as a portrait shape … progress. 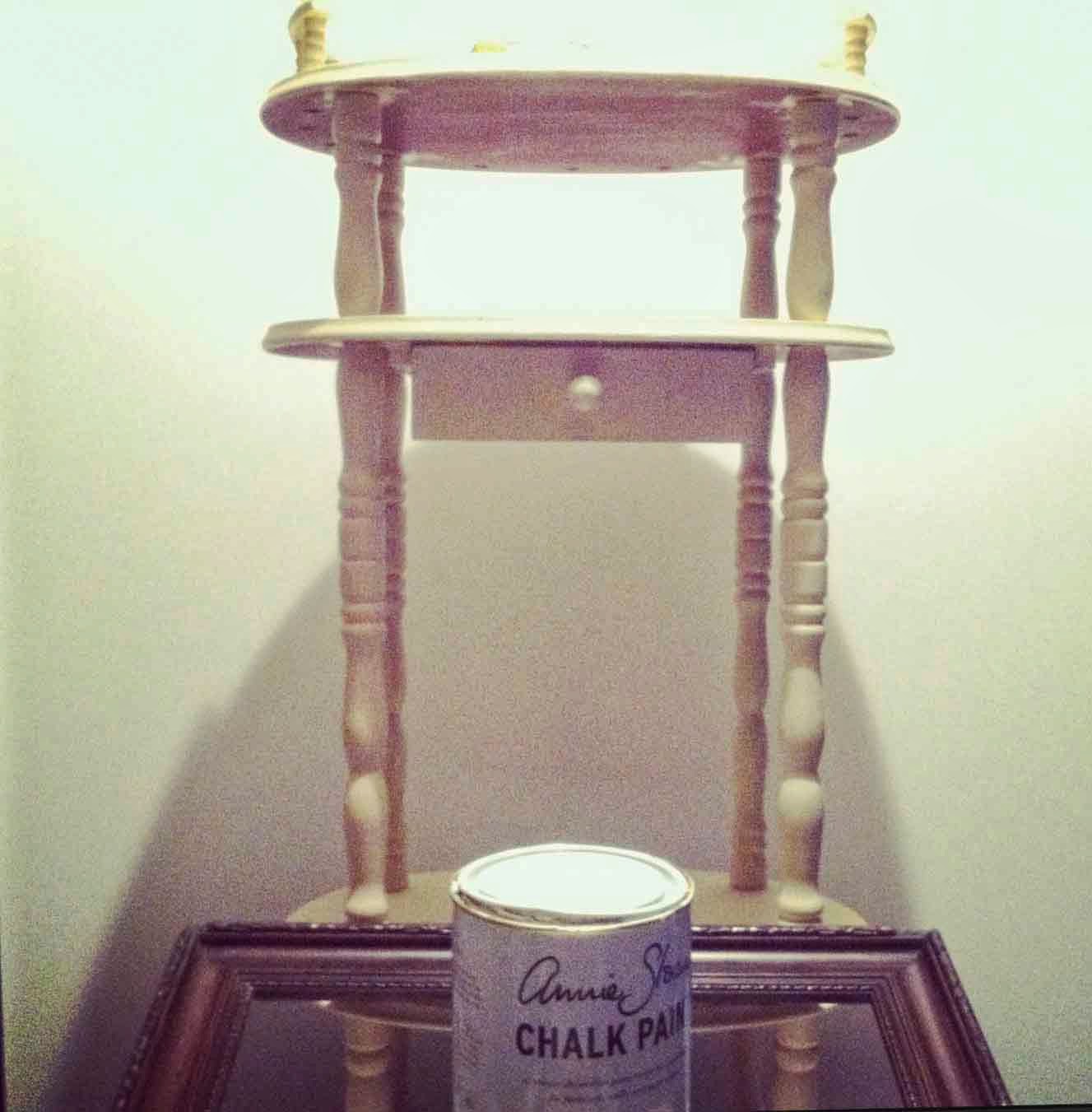 We always have a magnetic / noticeboard there too for messages so I looked around and found a dated gold picture frame that was just begging to be altered - sorted, all could be painted together. 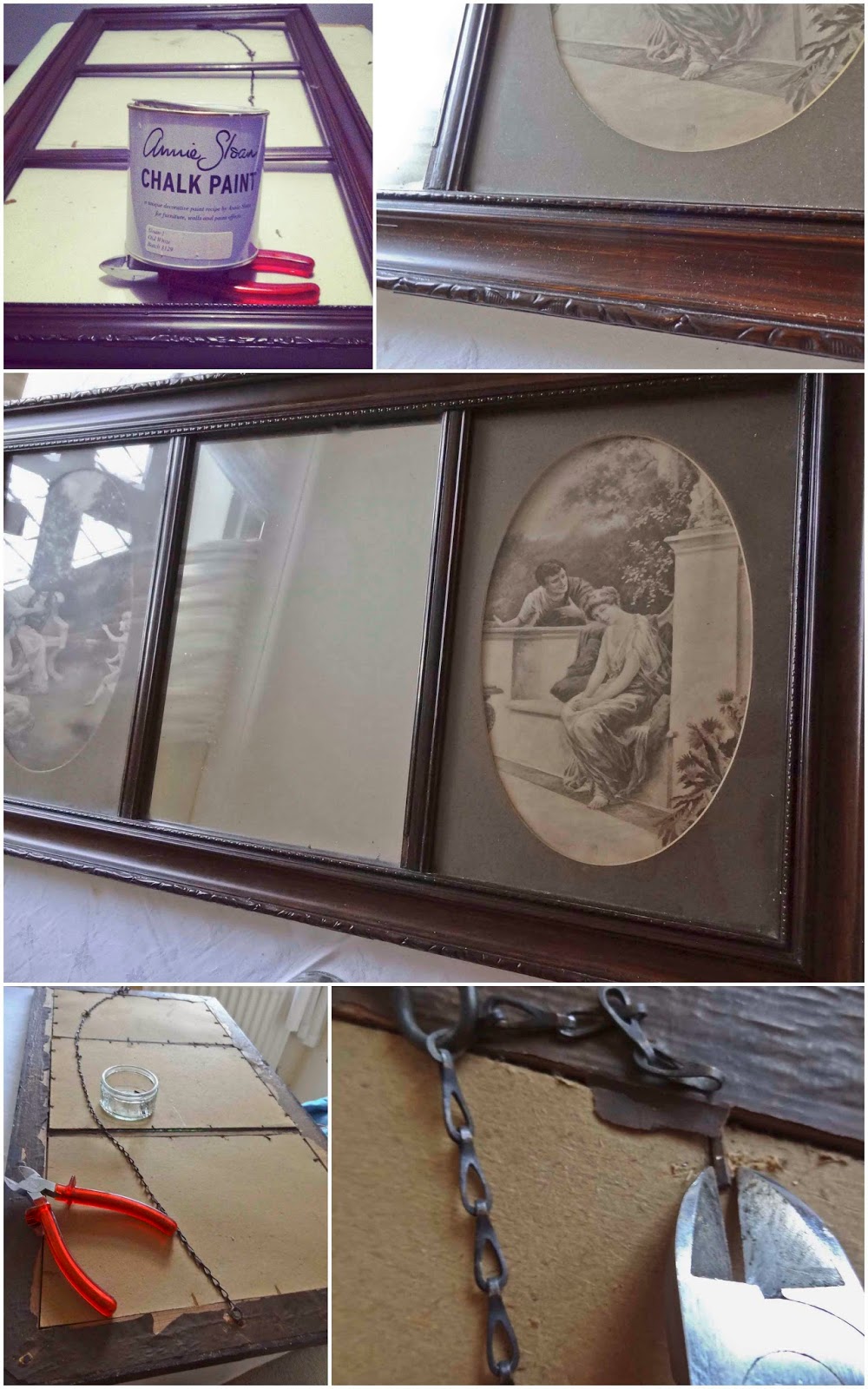 The picture frame backing needed to come off as it had two vintage pictures in that had to come out, I had some hardboard bits cut for the space instead.  The frame was held in by some really old nails …

I painted all in Paloma then put a clear wax over & once that was buffed up, I brushed on the dark wax over the raised details to give them definition. Much improved. 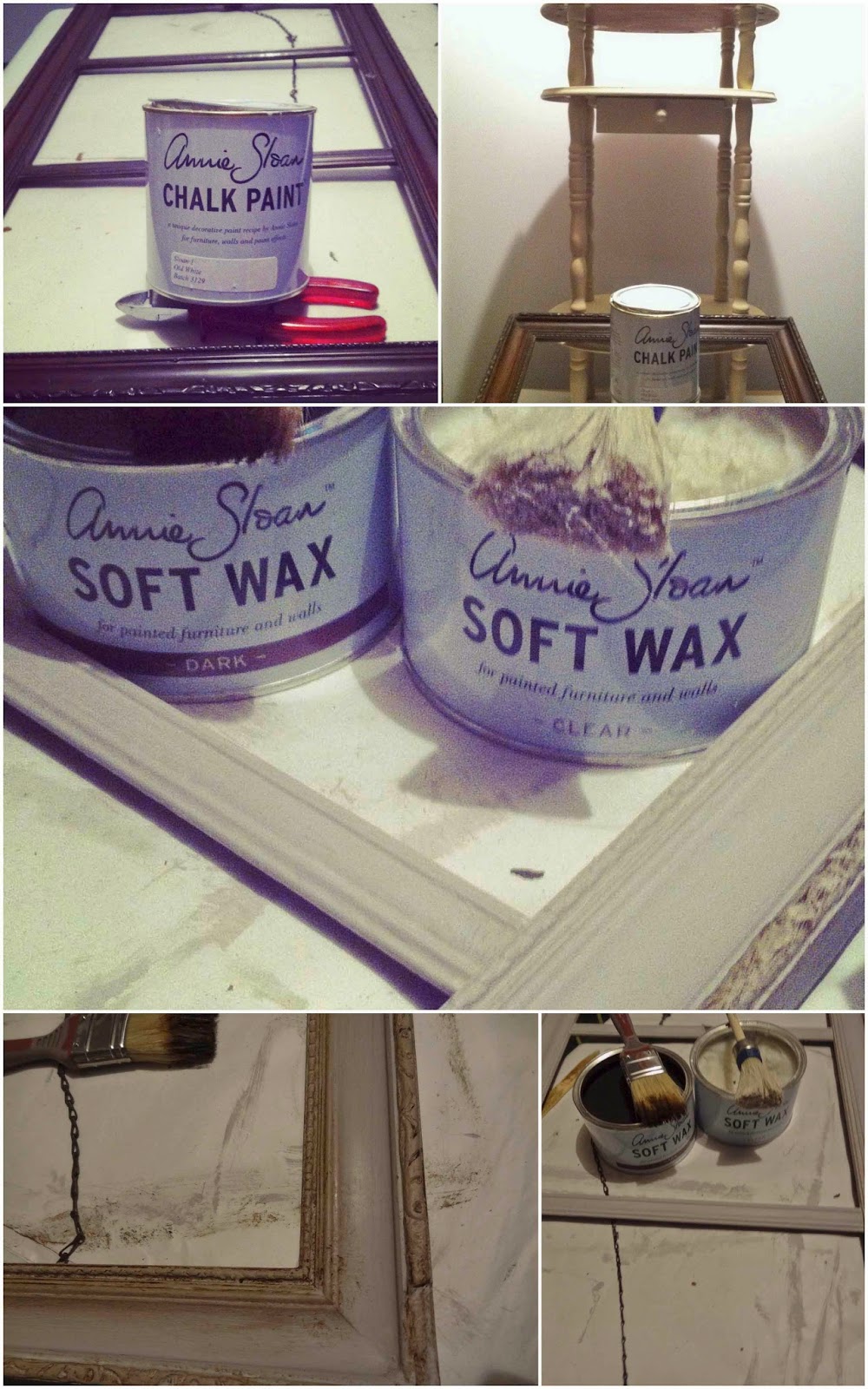 The little table was done the same with dark wax on the turned details too.

The dated gold frame was painted & waxed to match in anticipation of it becoming a notice board.

Great improvements with things we already had but just needed to combine.

I have found that Annie Sloan paints make it much easier to change furniture so that it is something useful - especially useful as no undercoat, rubbing down or tedious preparation is needed. Are you a chalk paint convert?

Thank you for stopping by, leave a comment so I know you have been.  I hope you are inspired to do a little decorating too,
Dee ~♥~
Posted by Dee at The Carlton at 12:07