Isn't it strange how history is sometimes right on your doorstep? I am passionate about history & so when I read about the Mayflower connection to a local church & the Hall next door, I knew it was going to be on my 'to visit' list. 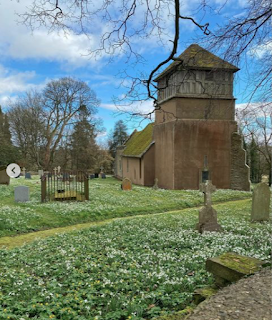 St James' Church, Shipton Shropshire is also known for its amazing displays of snowdrops in Spring so it was opportune to see it now. 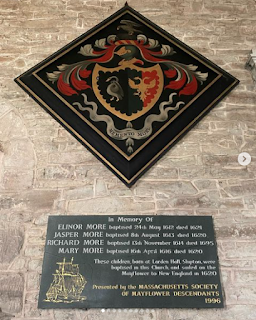 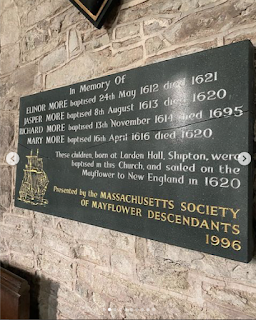 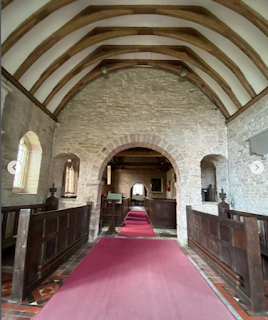 There is a memorial plaque in the 11th Century church to the four More children & their Mayflower connection. Eilnor(8), Jasper (7), Richard (6) & Mary (4) were placed under the care of their father, Samuel More of Larden after a long & protracted court issue because he accused his wife (a cousin of his) of adultery with Jacob Blakeway, a local yeomanry farmer. Samuel had been 17 when he was married to his cousin Katherine in an advantageous marriage to unite two branches of the family & to control the lands each held. The children were all baptised at the font in the church where they are remembered. 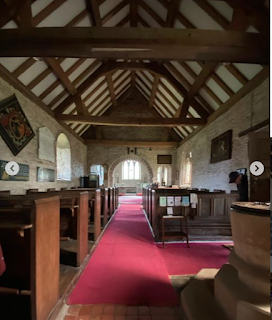 Samuel gave the offspring of the scandal - whom he claimed were not his - to the Puritans setting sail for the Americas. Samuel was the right hand man to the Right Honorable Edward, Lord Zouche who had been one of the commissioners at the trial of Mary, Queen of Scots & he had discarded his own wife who did not please him. Zouche was a active member of the Virgina Company which in 1618 began transporting children from London to meet the labour shortage.

Eilnor (Ellen) was put with Edward Winslow from Droitwich, Jasper with John Carver who became the communities first Governor in America, the first ever elected colonial Governor. Richard More & another of his brothers was put with William Brewster (the brother was in fact Mary).

They joined the Mayflower in London before it set sail for Plymouth with 102 passengers, 34 of them children. It left Plymouth on 6 September 1620 & after a stormy passage, reached Cape Cod on 11 Nov 1620. It was a dreadful winter - "In 2 or 3 months time halfe of their company dyed, sepetialy in Jn & February, being ye depth of winter & wanting houses & other comforts; being inected with ye scurvie & other diseases, which this long vioage & their inacomodate condition had brought upon them"

Jasper & Ellen may never have set foot in America, they are thought to have died on the Mayflower. Mary died in the winter & only Richard was left. His guardians, William & Mary Brewster & their two sons Love & Wrestling had survived so Richard made his life with them.

Richard marries in 1636 to Christian Hunter & they moved to Salem where they had 5 sons & 2 daughters. It is through the older daughter Susanna that possible descendants could be traced. Christian died in 1677 & Richard married Jane Crumpton, a widow. No children were born of this marriage ...

Salem records give his date of death between March 1694 & March 1698, a date disputed but je was the last male survivor of the Mayflower & his is the only known gravestone of a Mayflower passenger.

(The above information credit to the booklets by Donald F Harris, historian, that aare available for sale at St James' parish church Shipton, Shropshire. 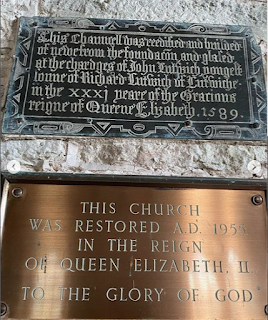 This story is well documented  in Shropshire's Mayflower Children

I hope you have enjoyed the story, thank you for visiting, keep safe & well,

Posted by Dee at The Carlton at 14:11 No comments: