The destruction of the Great Choral Synagogue of Riga

I am always amazed to find how we are sometimes randomly connected to people or places.

When I mentioned my Riga visit on social media, a Jewish friend of my sister in South Africa posted that her grandfather had been born in Riga. I promised to take some photos of the Jewish part of Riga if I could.

Our hotel was situated in the Soviet District of Riga - in spite of my initial reservations about its location, it made us step out of our comfort zone of hotels on the city square, and commute to other areas of Riga.

We had the opportunity to travel the excellent tram system with local people who were going to work, off shopping or just returning home at the end of a long day - we realised how much we all had in common as we passed houses lit with Christmas lights or saw a commuter with an orchid in a bag for their home or a bag of coal for their fire on another cold evening.

Ellie & I walked the short distance in to Riga (a mere 15-30 minutes because we were taking photos). On the second morning, I noticed our reception had a small map & suggestion of the walk in to Riga. I realised it was a different route to the one we had taken (sticking close to the tram lines so we didn't get lost) and what really caught my attention was that the suggested route took us past the Ruins of the Choral Synagogue.

We took the suggested walk through which goes through the iconic wooden houses of the Soviet District. 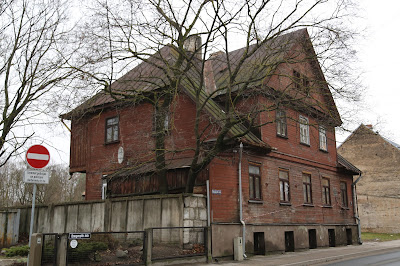 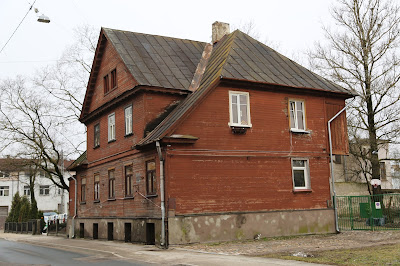 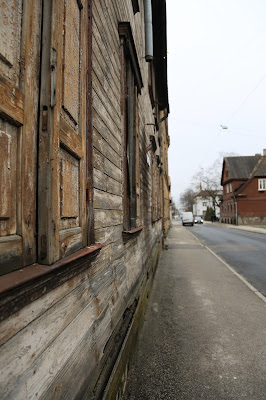 Past a map painted on the side of a building on a really large intersection ... 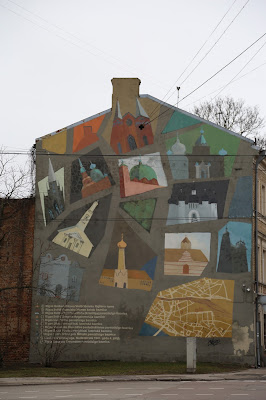 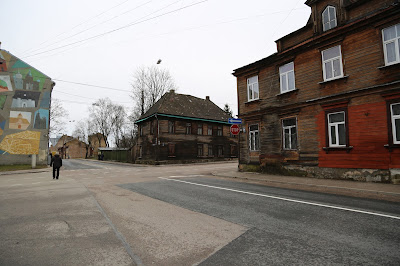 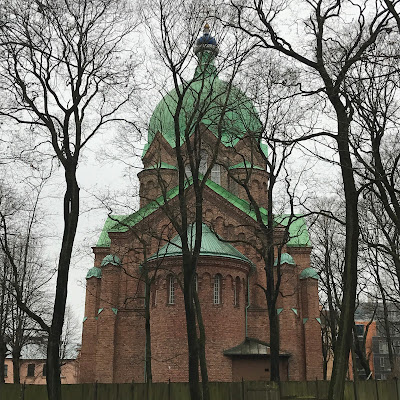 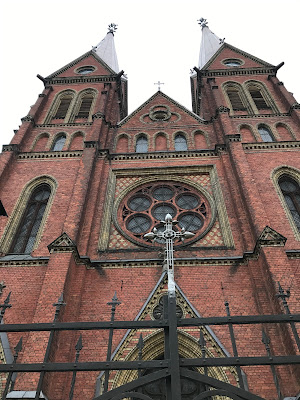 Then the Ruins of the Great Choral Synagogue on a large square in Gogol Street, surrounded by tall, well kept apartments ... 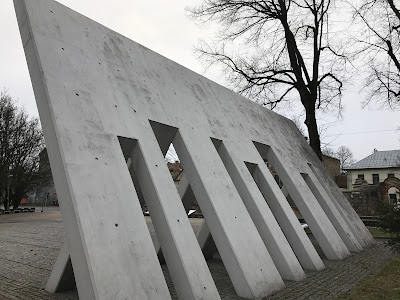 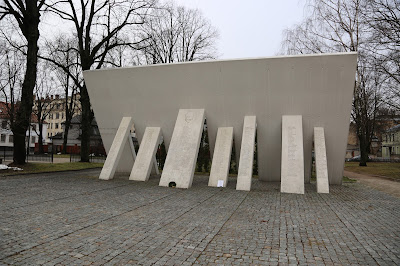 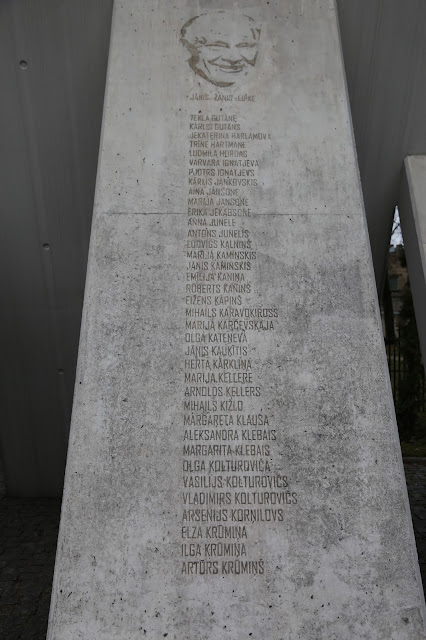 The history laid bare in the surrounds of the ruins ... 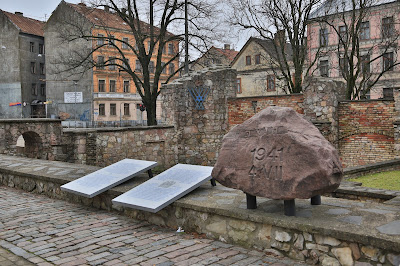 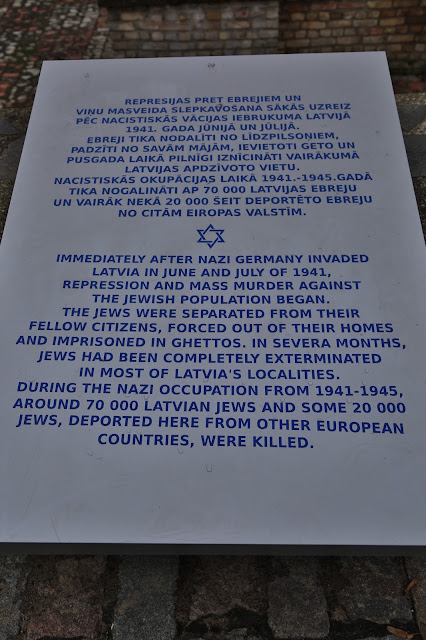 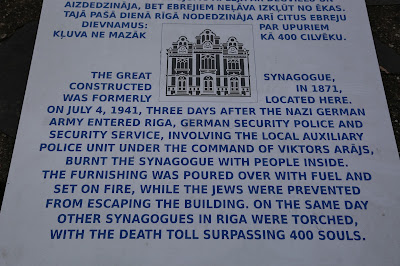 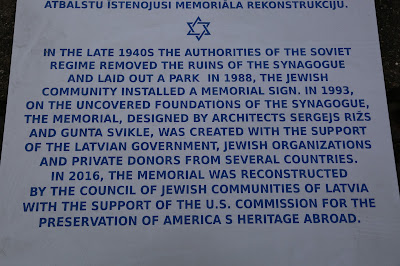 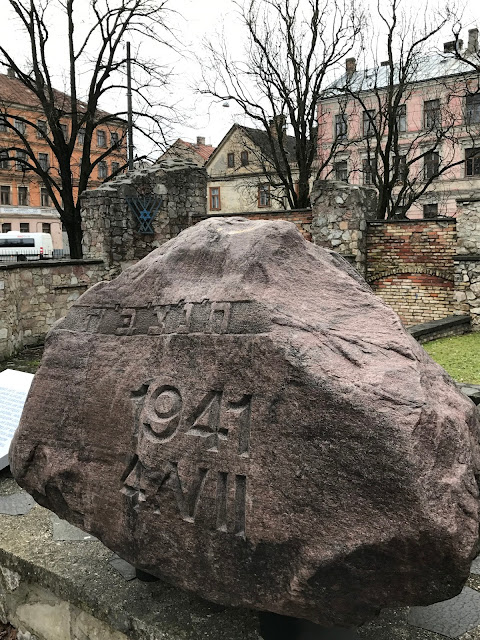 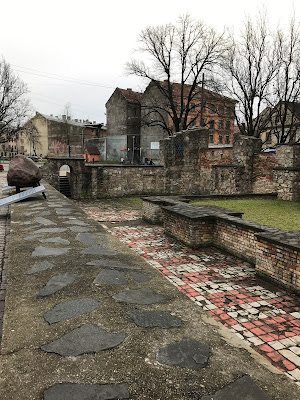 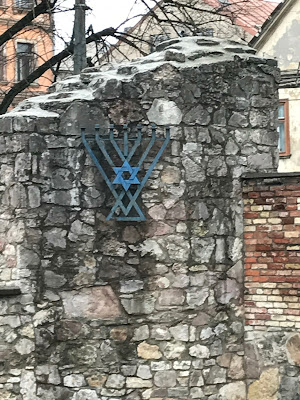 I felt a real sadness - history laid brutally bare before us as the story unfolded, mans inhumanity to man, the destruction of the Synagogue when many Churches surrounding it were untouched.

I posted this image to my social media for the friend whose grandfather had been born in Riga & who no doubt lived & worshipped in this very Synagogue in the Jewish part of town where we stood.

A university friend of A Wondering Star daughter commented on the image to say his paternal grandfather was also a Jew from Riga & that he had left for Hull in the UK at the turn of the last century so it is very likely that he too would have been from this very part of Riga & being a close knit community, it is possible that these two families even knew each other ...

What a small world, their grandfathers were the lucky ones to have escaped Riga before this dark history:

On July 4, 1941, hundreds of Jewish refugees from Lithuania and local Latvian Jews were herded into the basement of the synagogue which was then intentionally burned to the ground. Only ruins, a metal menorah and a memorial stone remain. A memorial to Žanis Lipke and other Latvians who saved hundreds of Jews is located next to it.

This dark period continued as it had in much of Europe,
The Nazis issued an order that, by October 25, 1941, all Jews were to relocate to the Moscow suburb of Riga. As a result, about 30,000 Jews were concentrated in the small area known as the Moscow Forshtat[25] by the end of October 1941. The Nazis fenced them in with barbed wire.[26] Anyone who went too close to the barbed wire was shot by the Latvian guards stationed around the ghetto perimeter. German police (Wachmeister) from Danzig commanded the guards. The guards engaged in random firing during the night.[27]Thirty-five days after the Riga ghetto was established, 24,000 of its inhabitants were force marched out of the city and shot at the nearby forest of Rumbula.

I felt that history was laid bare before us in this quiet spot in a pretty street; that chance comment by a friend of my sister had led me to discover this history I did not know.

Sometimes, stepping out of your comfort zone brings great discoveries.

Thank you for taking the time to read this & the story behind the photos, six degrees of separation at work ...
Dee ~♥~
Posted by Dee at The Carlton at 12:39