The Portuguese port of Al Jadida in Morocco

I hope you are finding my Moroccan adventure interesting. I admit to not knowing too much about the history of Morocco other than an outline. This is why I love travelling with a tour company so much - our on board Guide, Mohammed shared his vast knowledge with us as we traversed the countryside & cities.

Each country has a history that helps to understand how & why it developed & by having informed guides, you really do get the most from your trip.

Our itinerary merely said 'travel from Marrakech to Casablanca’ & our brilliant husband & wife driver team, Paul & Lisa, told us that we were scheduled to stop in the old port of Al Jadida. I love unexpected stops like that.

The Portuguese city of Al Jadida is a Unesco Heritage site & we were welcomed to the little town by traditional singers in costume.

It was constructed in 1514 as a granary store. The town was used in 1952 as a film set for Othello by Orson Wells. 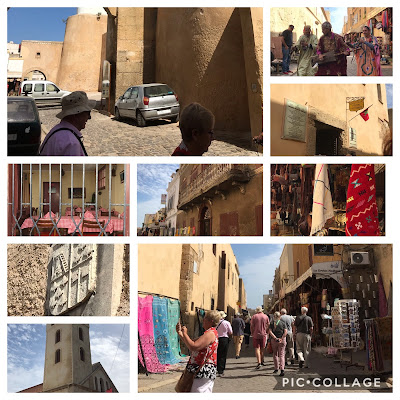 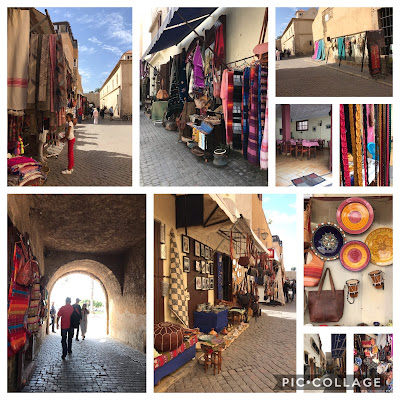 How could you not love this serene scenes that have not changed much in generations? 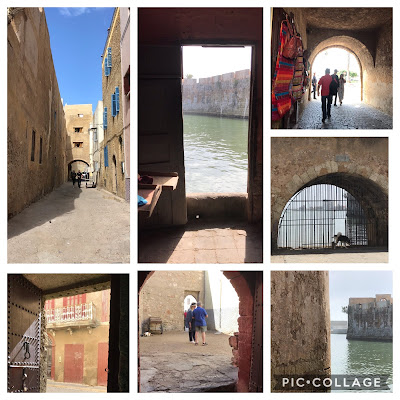 Behind a rather unassuming large, studded door, was the Le Citerne Portugaise - a subterranean water storage area.

Expanded since 1514, this former warehouse (possibly an armory) was converted into a cistern in the sixteenth century. The underground chamber, measuring 34 meters by 34 meters, was constructed with five rows of five stone pillars. The cistern is famous especially for the thin layer of water that covers the floor, and which creates fine and ever-changing reflections from the little light there is and the spartan shapes of the columns and the roof. Its visual qualities are such that several movies have been filmed within the cavernous space, of which Orson Welles' Othello is the best known internationally. 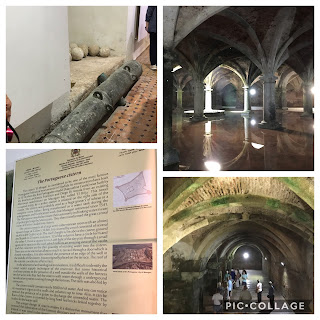 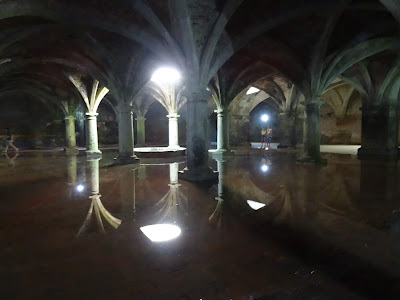 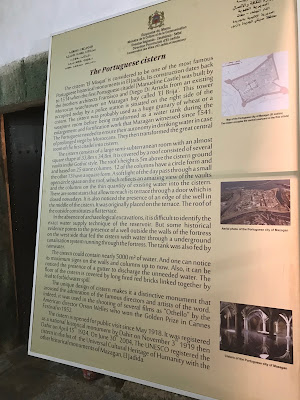 The large chamber is impressive, quiet, it echoes & is both beautiful & functional - surely the best of both worlds. 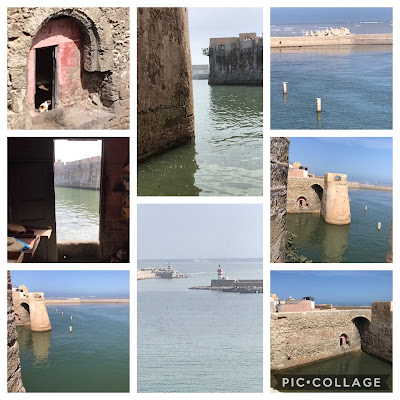 I want to share the lovely Al Jadida Bakery with you in the next post, it is rather special so stop back to catch up on it. Thank you got your company,
Dee ~💕~
Posted by Dee at The Carlton at 03:30