Modernisation is needed in the kitchen ….

Do you have a space in your home that is on your 'to-do' or 'if only' list? I think we all have parts of our home that needs modernisation or a space you really want to make your own in a new home?

Our kitchen is the room that is a bit of a family hub as we like sharing the cooking & trying new things. We also cook from scratch so it really is a space that is well used.

We have had a nagging leak on the kitchen ceiling from the bathroom above & all efforts to isolate it had failed leaving us with the nagging feeling that taking up the bathroom floor was going to be on the cards.

The kitchen was original to the house, a solid oak kitchen that was dated but still in very good condition. However, the layout was not the best as the oven broke up the line of the countertops. The fridge had been placed alongside the oven which was hardly a good idea as it defrosted when the oven ran for too long.

We bought a console table to complete the end of the sink / basin cupboard run as that had been left empty for a breakfast table. However, with the dining room next door, it was a wasted space. The dishwasher had already gone to A Wondering Stars new flat ahead of the kitchen makeover. 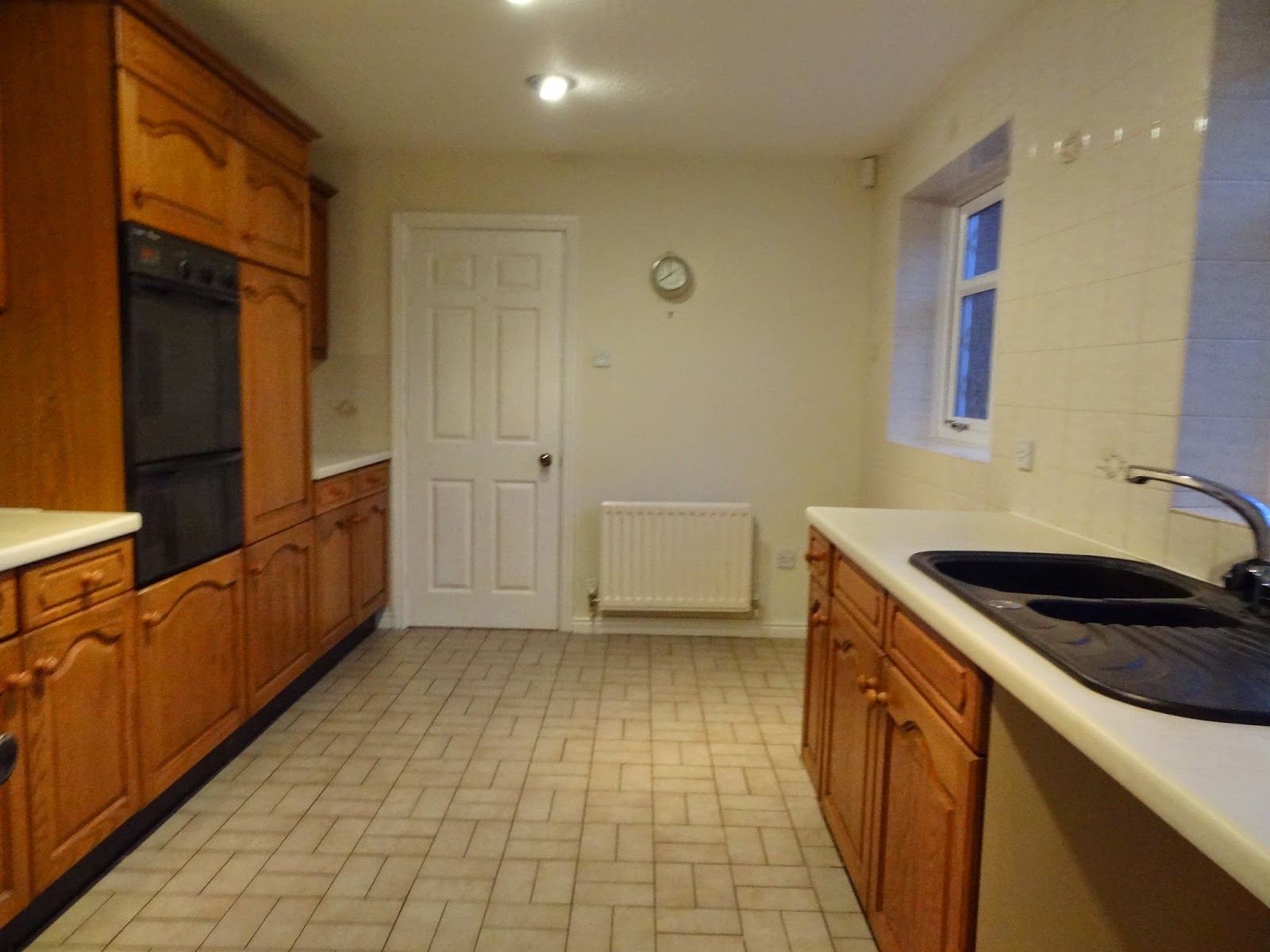 The tiled extractor hood was certainly not a fashion statement & those dated wall tiles … least said! The return of cupboards next to the door seemed to close that space in. That will be one of our changes …. 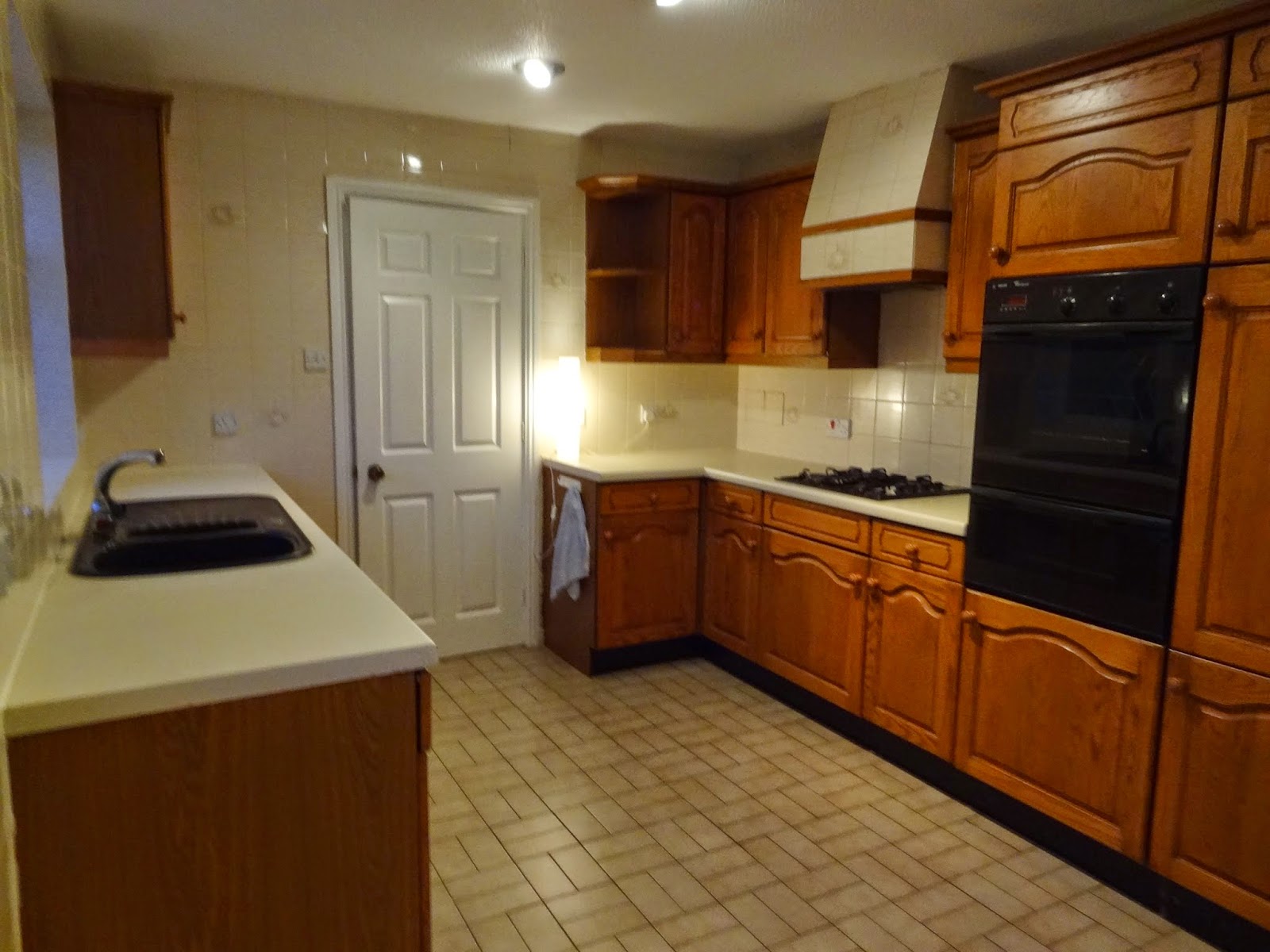 The adjoining utility is a very useful & well used space but it could be better utilised too. The boiler on the wall is not pretty in the least - that will be boxed in (with breathing space at the bottom of the cupboard … 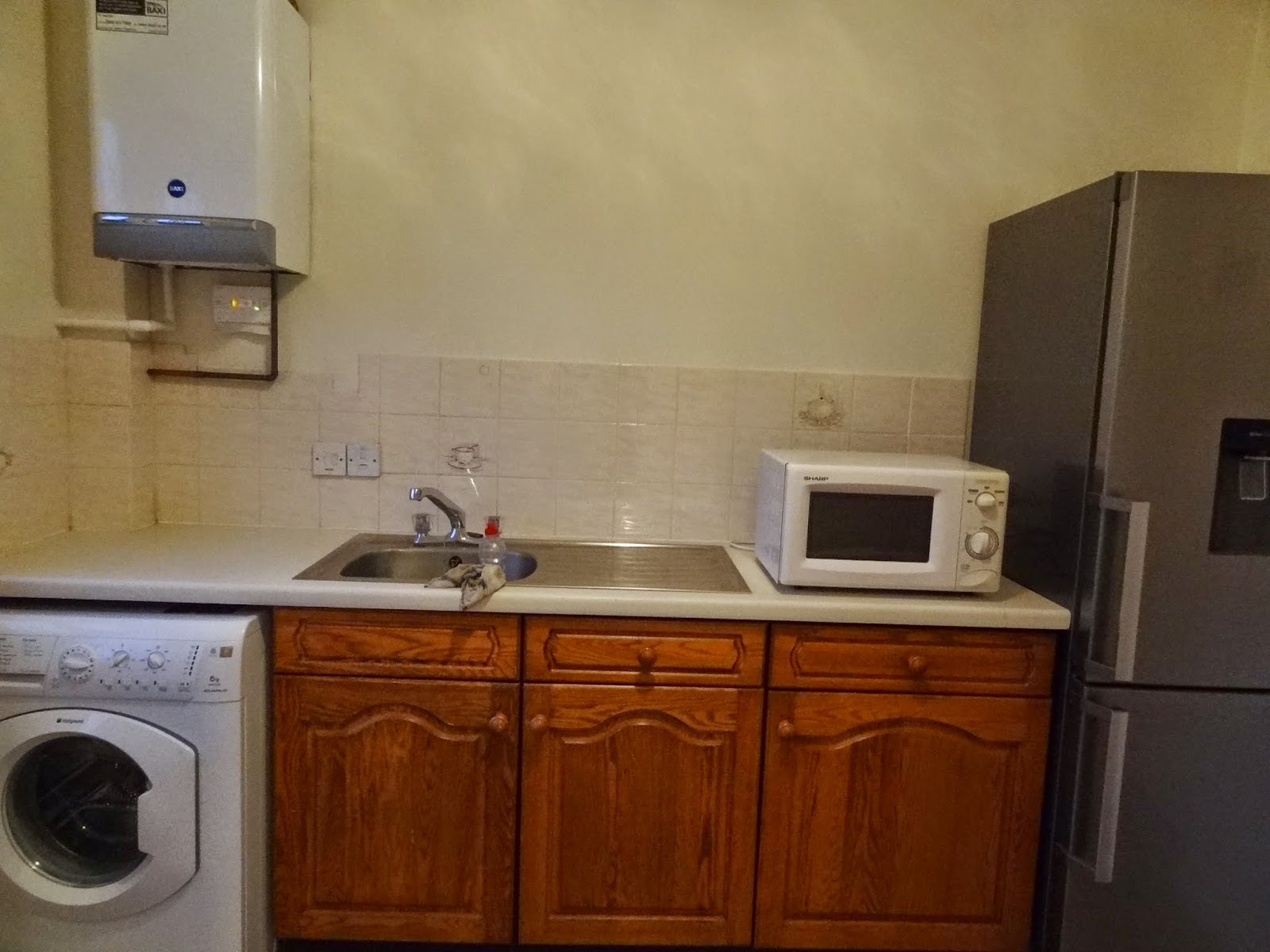 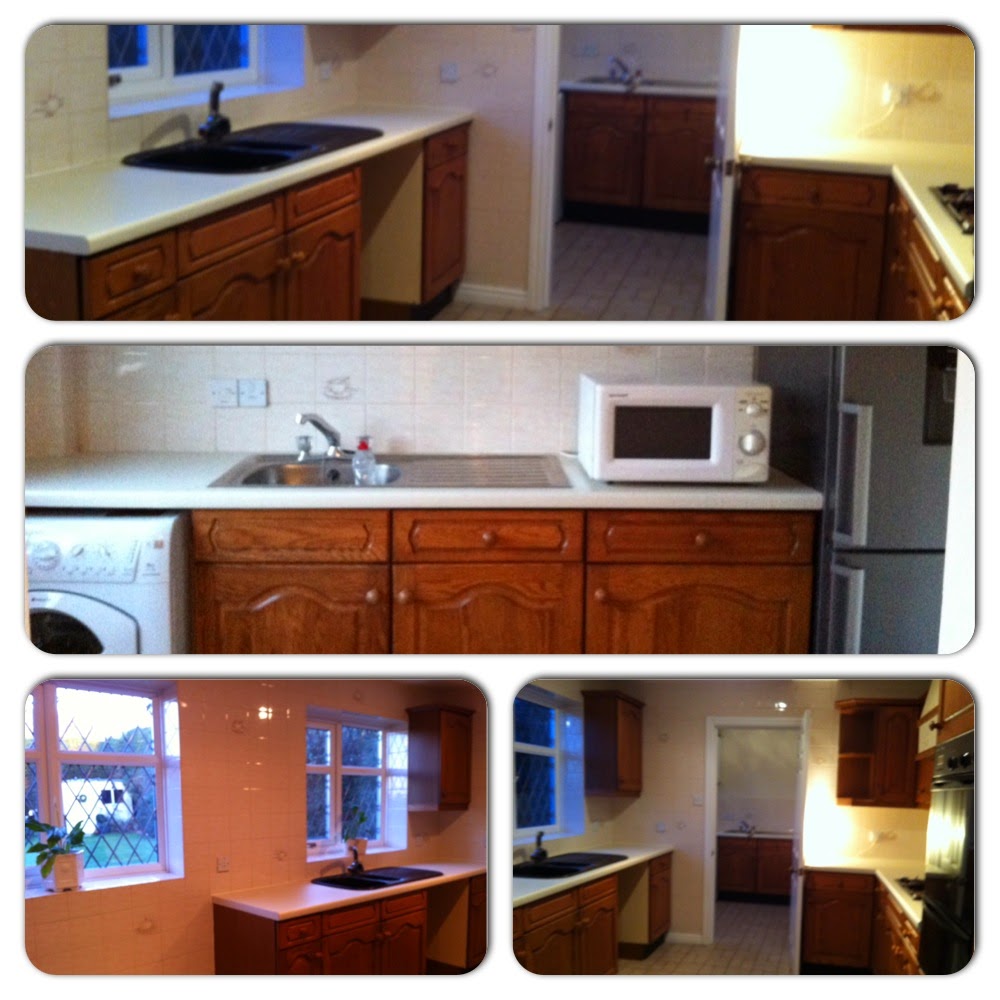 While a local company were in giving us quotes on the bathroom, I tentatively inquired about having our kitchen done too.

While chatting to the kitchen designer Sal, I realised that I had already formed good opinions about the space; he & I measured, looked at options & made adjustments then when I decided that since the bathroom was going to result in 2-3 weeks disruption, we may as well just jump in & do the kitchen at the same time. Two teams of workers, one lot of disruption ….

However, the space is lovely but long rather than square, but it does have lovely views over the garden that I love so that was the starting point  - working with the space to make the most of it.

Packing up the kitchen gave me the opportunity to streamline things & donate to charity too … I bought lots of those clear tubs with lids, some deep, some shallow so they could be packed up & put in the garage while the kitchen was being redone.  The tubs will be reused to sort out things in the loft once the kitchen is done … 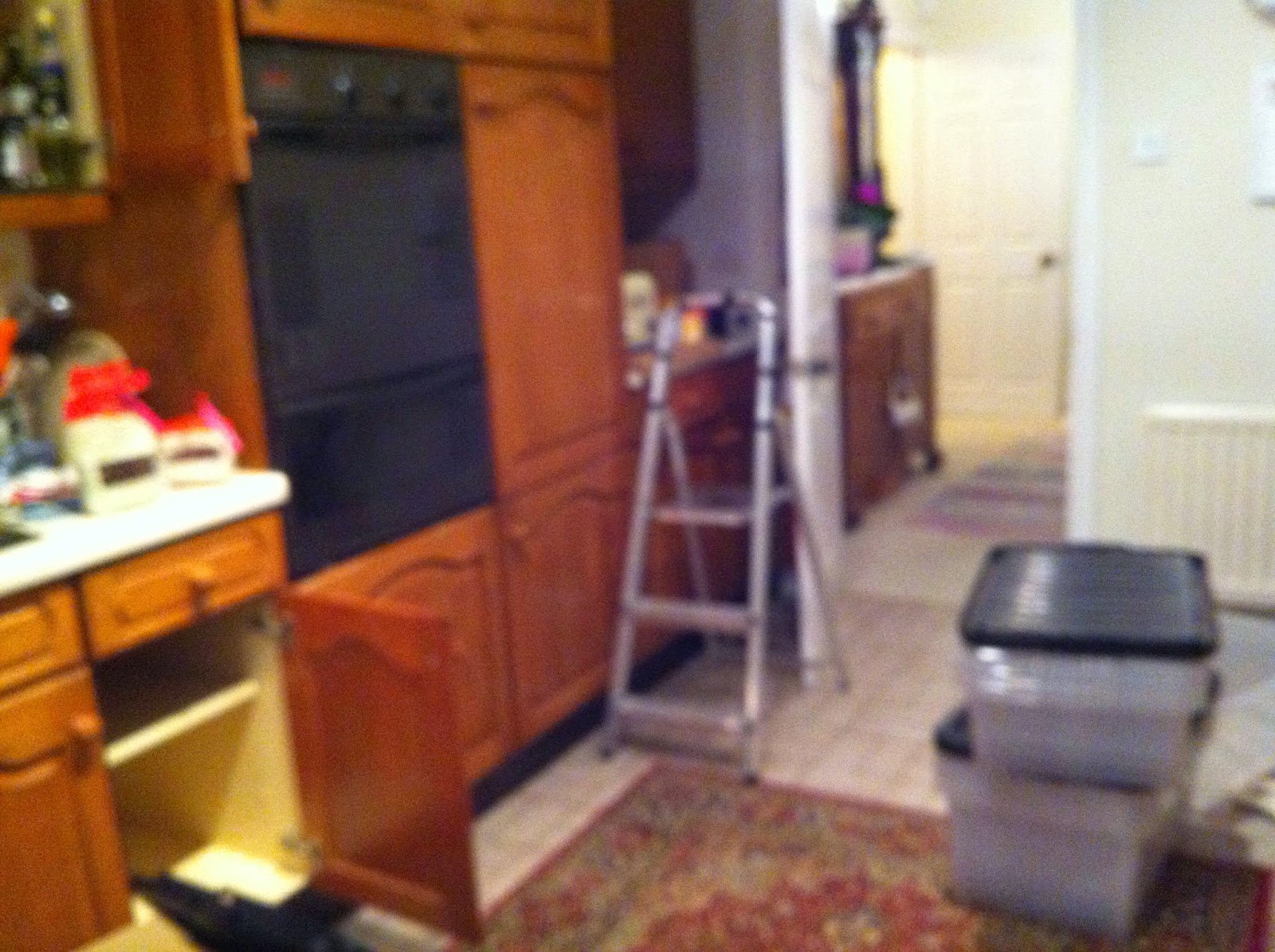 Packing up is never a neat job - at times I felt a bit overwhelmed by the task - endless stuff & sorting was needed, but a perfect time to sort out. 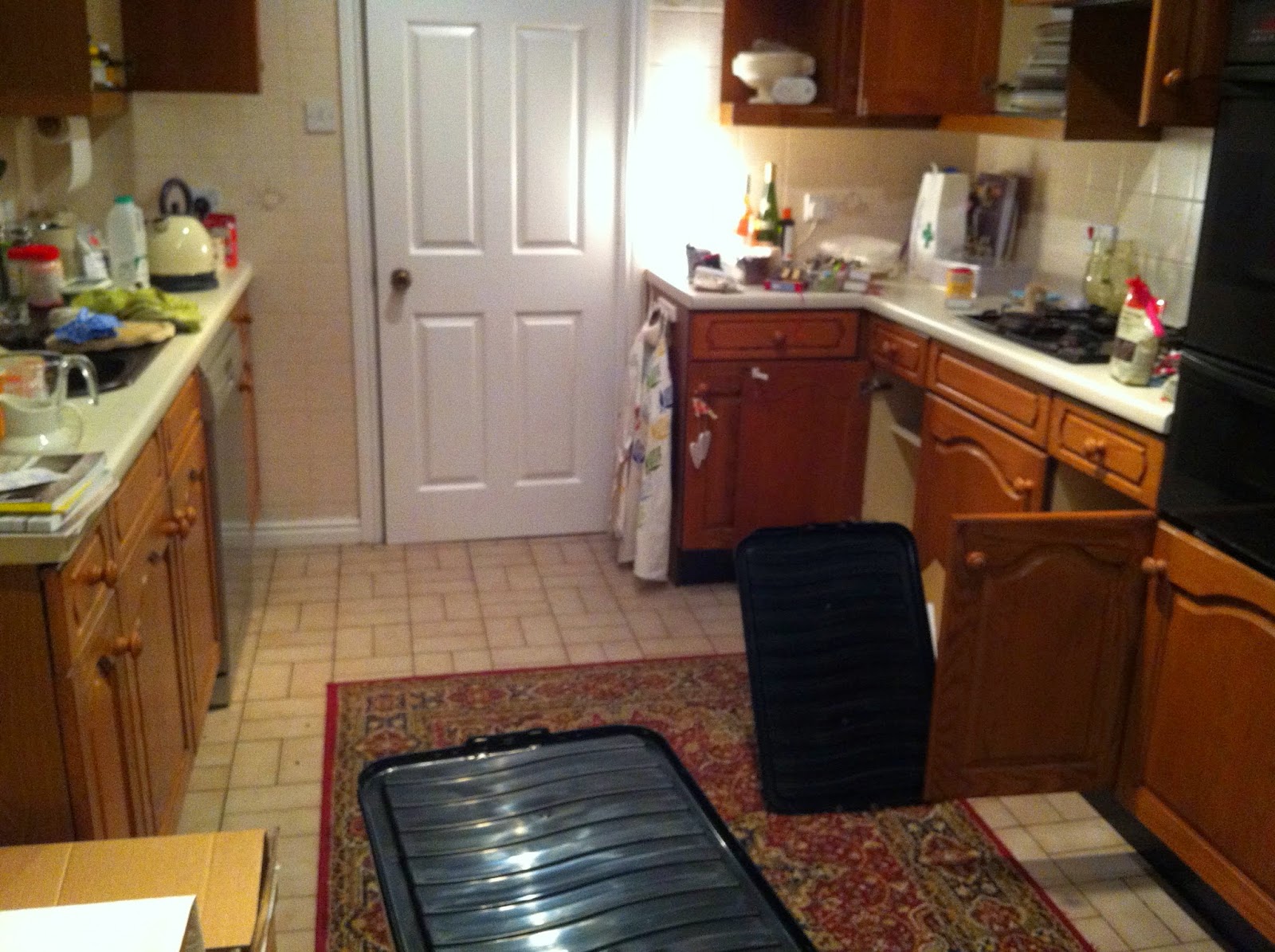 The biggest job - as any mover will affirm - is packing up the whole space. Yes, absolutely everything. The realisation that I would not have cooking facilities for some weeks prompted me to set up a tea / coffee  / supper station in the adjoining dining room to get around the problem. The dining room table & another forming a long drink making area. 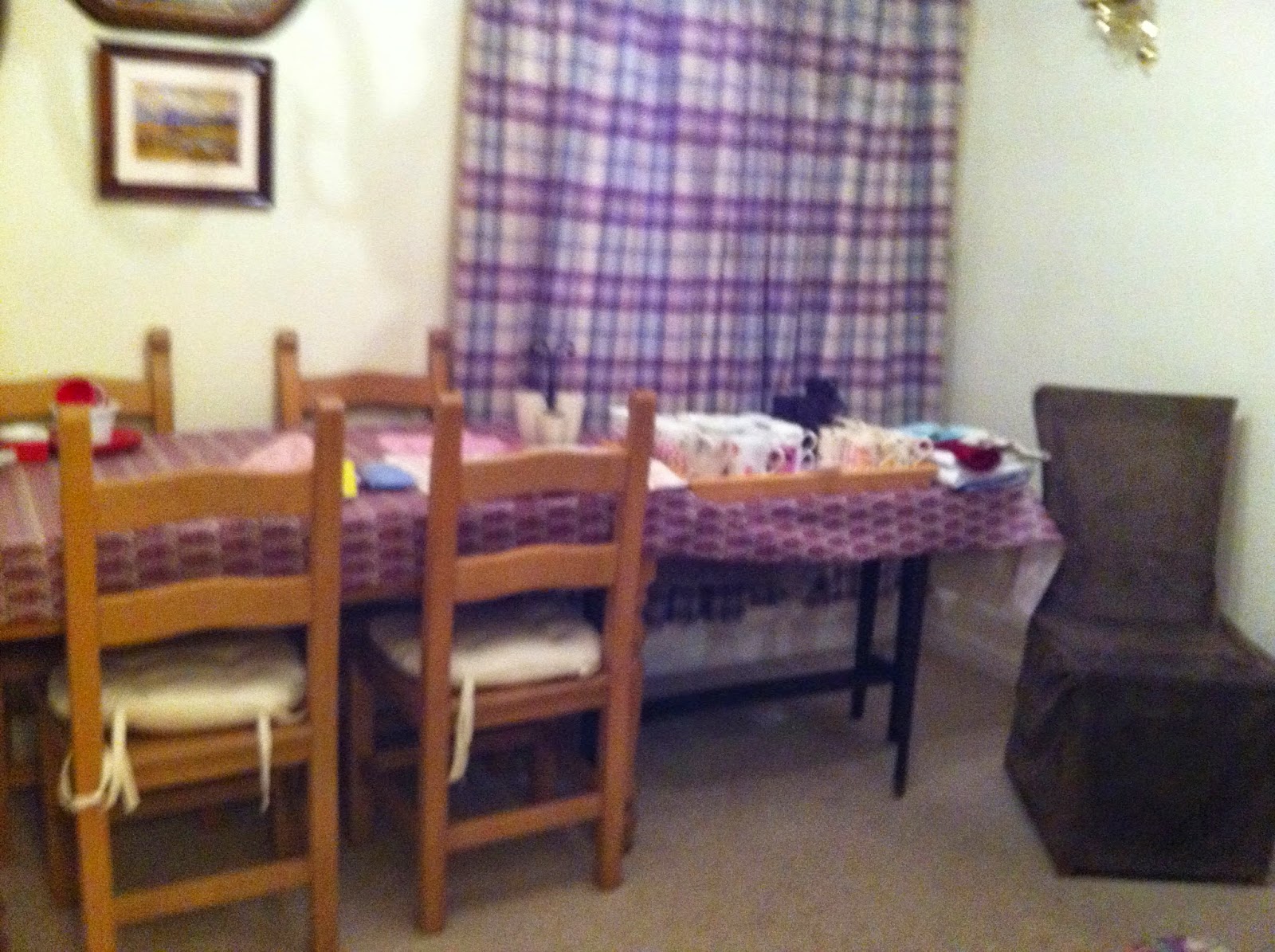 Then began the work …

That is a tale for another post, stop back in to see the progress. Do you have a project that needs to be done?
Dee ~♥~
Posted by Dee at The Carlton at 21:36