The carol is based on a poem by Christina Rossetti & it was published in January 1872 under the title of 'A Christmas Carol.’

This must not be confused with A Christmas Carol by Charles Dickens - written 175 years ago & an absolutely Christmas must with its strong message ...

Darkness comes early now before 4pm in the afternoon, it is already pitch dark.  However, the darkness just means that the lovely Christmas lights glow even more brightly ...

The Holly & The Ivy is another carol which is reminiscent of this time of the year:

I love to have greenery & candles in the home in Winter - it helps to mark the changing seasons as our Druid ancestors did before the Winter Solstice became part of our traditions. 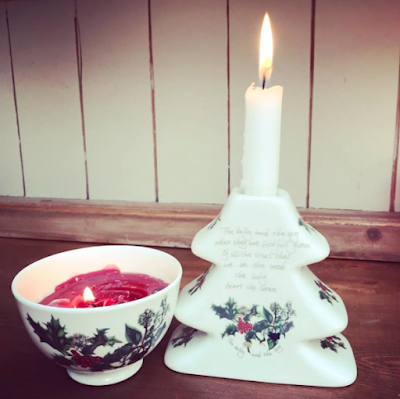 So today marks our shortest day & it is a welcome day because the light will return now, a little each day.

This is how we marked the solstice in previous years at home:

I will probably do this again - a Fire Releasing Ceremony  - write down what you want to ‘release’ on a paper then gather around a fire (a chimnea for us) and throw your paper on one at a time to release that part. The papers contents are not shared, they are just a private thought written down to be released.

As the rush of the festive season gathers momentum,  I like this thought:

Wise sayings often fall on barren ground, but a kind word is never thrown away. 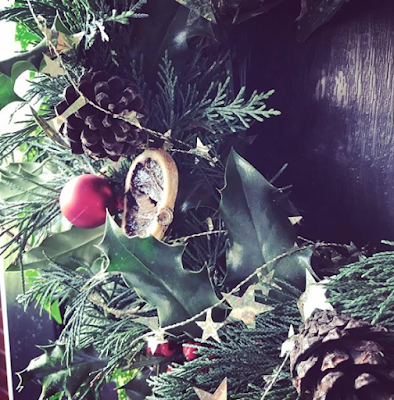 However you observe the Solstice, the seasons retain their rhythm that punctuates our year. The darkness of Winter will soon give way to the soft light of Spring with its colour & light, but for now, I will bring light & greenness in to my home to honour Winter. May you feel the warmth of the low winter light, enjoy the silence that Winter brings & just breath as you enjoy the ebb & flow of the seasons.

Have a lovely Solstice day, thank you for your company
Dee ~💕~
Posted by Dee at The Carlton at 13:30